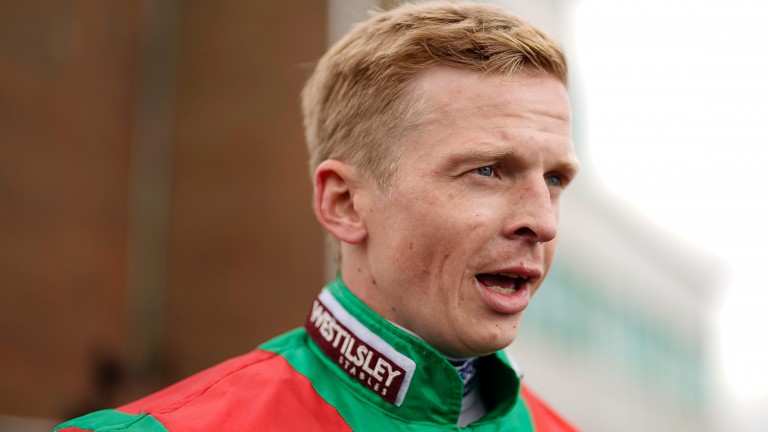 David Probert and Andrew Balding have enjoyed a year to remember and it got even better when 16-1 shot Goolwa benefited from a sublime ride from the jockey to win the track's 1m6f Listed feature.

Brunnera, in the famous Juddmonte silks, looked the winner when sweeping into the lead, but Goolwa was not done with and responded gamely to Probert's urgings.

The rider was recording his 136th win of 2021, while Balding will be pleased with the £29,773 first prize, which helps him narrow the gap to Charlie Appleby in the trainers’ championship.

Probert said: "She stays really well and has been fairly consistent. She's done all of her winning on the all-weather and had to transfer it to the grass, and the drying conditions were a concern, but the strong tempo meant she could use her stamina.

"It's great for the team and the owner Sheikh Juma [Dalmook Al Maktoum]."

Goolwa's starting price may have been a surprise given her red-hot connections and Probert, who completed a double on Super Superjack in the 2m1f handicap, added on Sky Sports Racing: "Once she found her feet from the four-furlong marker to the three, I was fairly confident she'd finish the race off well as the leaders weakened."

Clive Cox saddled the one-two in the 5f novice with 18-1 chance Wowzers beating better-fancied stablemate Rum Cocktail, moving the Lambourn trainer on to 70 winners for the year, which is one shy of his previous best in 2019.

Wowzers also continued the revival of jockey John Fahy, who partnered a winner for the yard at Leicester on Tuesday. 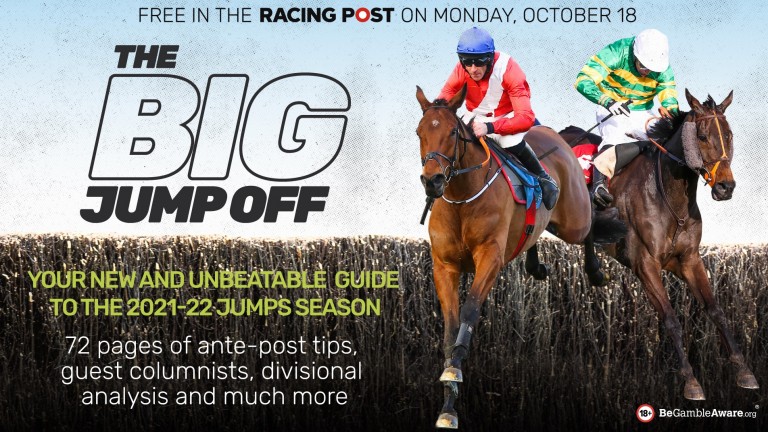 The jumps season is coming! Pick up your copy of The Big Jump Off, our brand new pullout signalling the start of the 2021-22 National Hunt season. Free in the Racing Post on Monday, October 18, it's got 72 pages of unbeatable content including ante-post tips, guest columnists, divisional analysis and much more