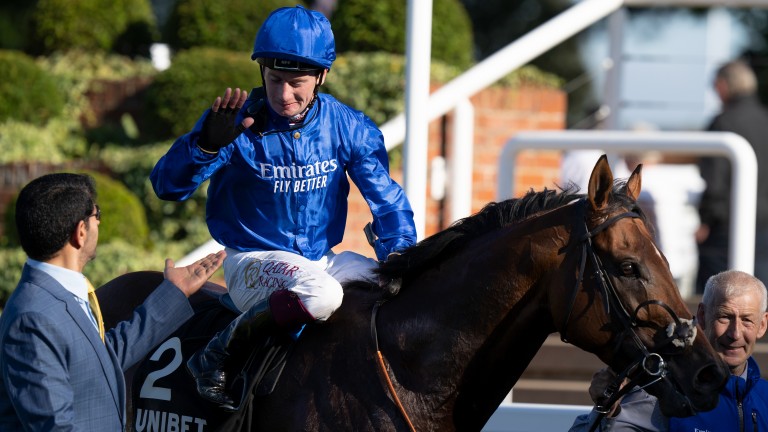 Oisin Murphy described Benbatl as his "horse of a lifetime" after he bounced back to land the Group 2 Joel Stakes for the second time at Newmarket on Friday.

The champion jockey gave the seven-year-old a well-deserved pat on the neck in the winner's enclosure after he became the first two-time winner of the contest, following on from his success two years ago.

There was some sense of relief from Murphy. By his own admission, things did not go to plan on their most recent start at Goodwood, when Benbatl was narrowly denied after badly missing the break.

However, the race could hardly have gone any better for the pair this time as they broke quickly and powered clear of the gallant front-running Pogo.

Murphy has an obvious affection for the horse who provided him with a first Royal Ascot winner in the 2017 Hampton Court Stakes, which is perhaps why their victories, and defeats, mean a little bit more.

"He's been a machine for a number of years," said Murphy, who landed the race last season with Classic winner Kameko. "He gave me my first Royal Ascot winner four years ago. Now we're in 2021 and he's still winning Group 2s – he's been the horse of a lifetime."

At this point, the winning trainer Saeed bin Suroor came over to jokingly ask Murphy to repeat the line about Benbatl being his first royal winner. The jockey has ridden more than 200 times for him.

"They've done a super job at the yard to produce him every year," added the jockey. "He's one of the best horses I've ever ridden." 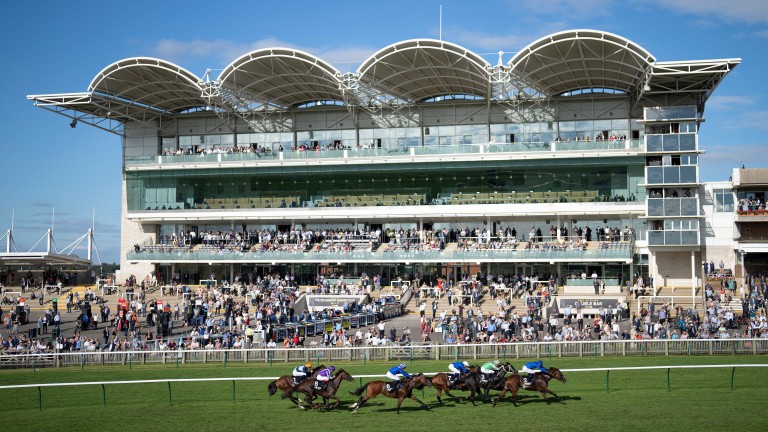 Unsurprisingly, Bin Suroor also has a soft spot for his stable star, who was less fancied in the market than fellow Godolphin runner Master Of The Seas – he could manage only third under William Buick.

"He's tough," said Bin Suroor. "He's won this race twice, adding to victories in Germany, Australia and Dubai. He's our stable star and he's done so well for us. He's loved by everybody in the yard.

"He missed the break at Goodwood and immediately after the race Oisin said he would have won if things had gone differently. It means a lot to watch him win. We've had fun with him and he's a fighter."

That might be an understatement. The seven-year-old has raced all over the world and edged ever closer to total earnings of £6 million. There are few places he has not yet raced but he could break new ground as the Breeders' Cup at Del Mar is under consideration.