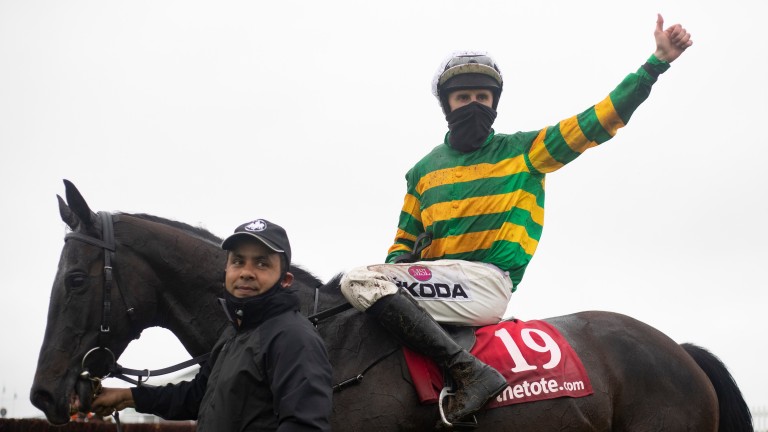 It was always in the back of your mind. What if the Early Doors who carried top weight to victory in the Martin Pipe at Cheltenham last year turned up in the Galway Plate off a mark of 139, with just 10st 5lb on his back?

No matter what you fancied, no matter where the pin prodded, the threat was there.

The problem, you see, was that he had lost the plot since that victory in the festival finale last year and you wondered whether Joseph O’Brien would ever get him back.

Right on cue, at a saturated and silent Ballybrit, Early Doors roared again.

Twenty five years after his father won it for the first time with Life Of A Lord, Joseph O’Brien followed in his footsteps and what a training performance it was. 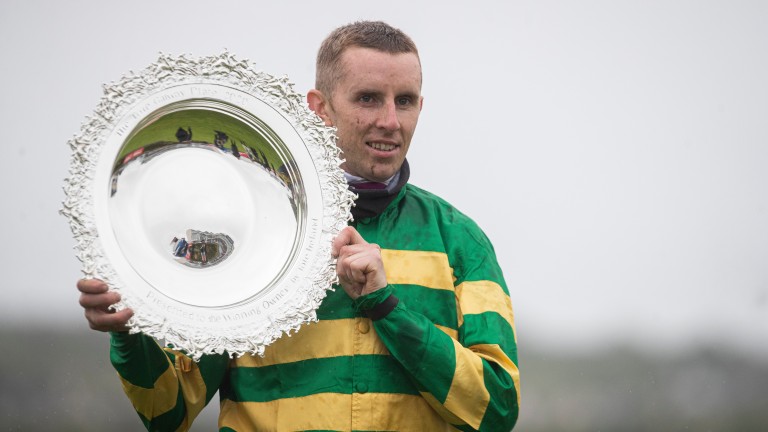 To win one of the hottest handicaps of the year with a horse who had only run four times over fences, winning none of them, and was beaten 28 lengths in a hurdle race at Tipperary last month is no ordinary feat. But, this is no ordinary trainer.

The winning trainer said: "I always remember hearing all about Life Of A Lord from Dad growing up. It’s funny, he is probably the first horse I remember hearing about so the Galway Plate is a race I wanted to win ever since I started training. This means a lot."

Early Doors was only 7-1, but O’Brien admitted he was very sceptical beforehand.

He admitted: "To be perfectly honest, I didn’t think he could win with so little experience. Genuinely. Of all the big handicaps, the Galway Plate is the one race where you need loads of experience and he had very, very little.”

What Early Doors lacked in experience, he made up for with class.

You don’t carry top weight to victory in a Cheltenham handicap without possessing class and it was that class which dragged him over the line, three-quarters of a length in front of the rallying Royal Rendezvous, despite making a mess of the first fence in the dip.

O'Brien added: "He was a bit novicey at a few fences, especially the second-last, but he galloped all the way to the line and Mark [Walsh] gave him a great ride.

“I’m absolutely delighted. I didn’t know if he was going to get into the race a few weeks ago so it’s lucky he did. We were looking around for a few of the nice handicaps with him. He managed to get into this one and he won it so it’s great.” 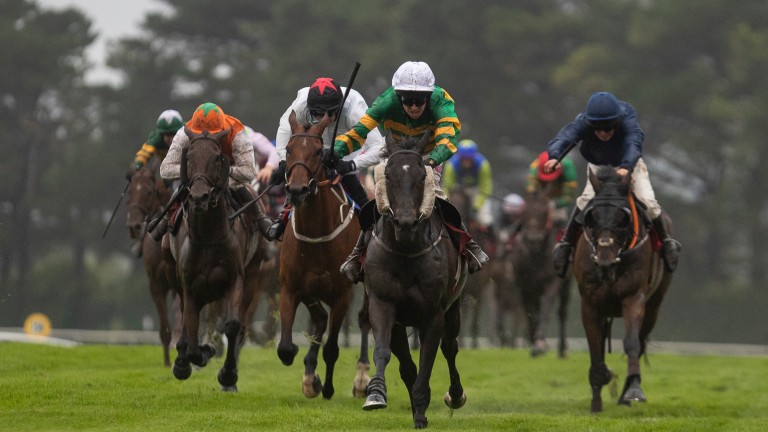 Early Doors draws clear of the chasing pack in the run to the line in the Galway Plate
Patrick McCann (racingpost.com/photos)

Early Doors reminded us that he was a class act and so too did his trainer.

With Daddy O’Brien doing what he always does and winning Group races left, right and centre, and younger brother Donnacha winning the French Oaks, there was a temptation to forget just how good Joseph is.

Was he feeling a bit left out of late?

"I’m hanging in there anyway," he laughed.

And so too did Early Doors, grinding all the way up the hill to give JP McManus his first Galway Plate since Carlingford Lough did the business in 2013. He too had never won over fences before.

They have plenty in common, but Early Doors has a lot of Grade 1s to win before we can talk about him in the same sentence as Carlingford Lough. This will do for now.

FIRST PUBLISHED 6:59PM, JUL 29 2020
Of all the big handicaps, the Galway Plate is the one race where you need loads of experience and he had very, very little