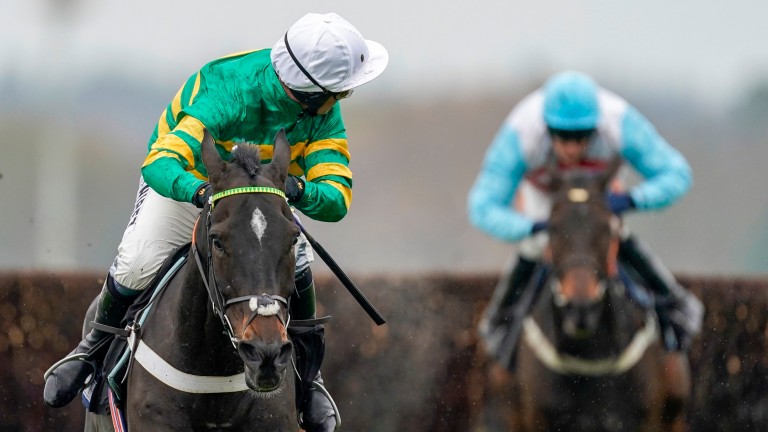 Smart novice hurdler Chantry House, tipped as a potential star of the future by trainer Nicky Henderson, got his chasing career off to a perfect start at Ascot on Friday, although his task was possibly helped by the departure of his main market rival Pic D'Ohry.

Owned by JP McManus, Chantry House finished third in the Supreme Novices' Hurdle at last season's Cheltenham Festival, but has long been regarded as a high-class prospect for fences.

The 4-9 winner got the opportunity to show that on Friday in a race the yard has won for the last two years, but the fall of Pic D'Ohry, who went off at 3-1, three out robbed the contest of some interest.

Two spectacular jumps at the final fences helped the handsome son of Yeats thrash Up The Straight – the race's only other runner – by 26 lengths.

"He's having a really good blow," said Henderson. "Nico [de Boinville, jockey] said he took his first blow coming out of Swinley Bottom but ours are a lot like that at the moment. It's tiring ground and I was pleased with his jumping.

"He just wanted to be a little bit careful going down the hill but these are big fences for a novice, although once he was asked to go he was quite relaxed and he took it in his stride up the hill. We certainly wouldn't be going down in trip, that's for sure.

"I'd say that today is just about right for now. You have to be really sure of your horse when you come here first time and it's not something I always like doing, but his schooling had been good and he was good. He won't need to do that again and he learned a lot today. He could come back here at Christmas for the Noel Novices' Chase."

Betfair and Paddy Power left Chantry House as a 12-1 shot for the Marsh Novices' Chase at the festival in March. 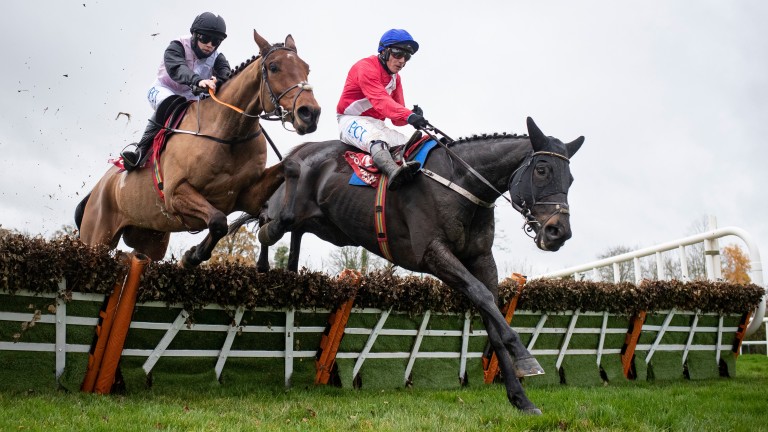 Those layers also offered odds on Ferny Hollow landing the Supreme come the spring, cutting him to 8-1 (from 10) after the Champion Bumper winner made a successful start to hurdling at Gowran Park.

He runs in the familiar silks of Cheveley Park Stud and went off a 1-3 chance for his first start over hurdles, which went to plan.

He tracked 7-4 second-favourite Bob Olinger for much of the 2m event, taking closer order three out under Paul Townend before recording a comfortable length verdict.

It was a double for Townend and trainer Willie Mullins after Max McNeill's French import Youmdor strolled home in the maiden hurdle for three-year-olds, earning a quote of 14-1 with Paddy Power for the festival's JCB Triumph Hurdle.

"A nice performance," Mullins reflected of Ferny Hollow. "Two good horses came up the straight there and hopefully we'll hear more about both of them. I was very pleased with my fella and the horse [Youmdor] in the first race as well. I think both of them will improve. I'd imagine we'll look at Leopardstown's Christmas meeting for the two of them."

What we made of the races on Friday

There's every chance we've seen two of the leading novice hurdling prospects on this side of the Irish Sea lock horns in the same maiden hurdle.

Ferny Hollow looked the more flashy of the two and jumped as though the minimum trip could be his optimum at this point in time, while Bob Olinger, who seems more of a chasing type for down the line, jumped in a satisfactory manner but wasn't quite as extravagant.

Both are clearly open to improvement as they gain more experience in this sphere but it wouldn't be a shock if we saw the Champion Bumper hero directed down the Supreme Novices' Hurdle route and the exciting Bob Olinger excel over slightly further for now.

To these eyes, the pair did nothing to harm their already impressive reputations here. 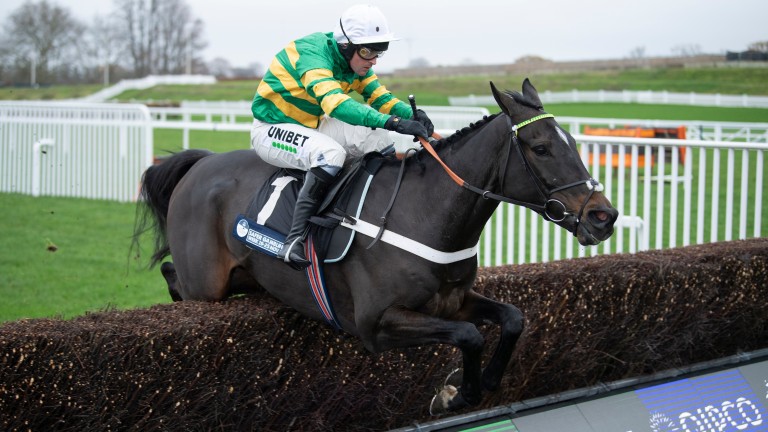 Chantry House (Nico de Boinville) jumps the last on his way to winning on his chase debut
Edward Whitaker (racingpost.com/photos)

Whether he would have won had Pic D’Orhy stood up is hard to tell, but Chantry House got the job done in beating his only other rival, Up The Straight, to win his first chase start.

The Nicky Henderson-trained six-year-old looks the part for chasing. He was a bit careful over his fences, spending plenty of time in the air which is understandable. Providing he takes a bit more of a cut at the obstacles, he has the obvious ability and scope to go far in this game.

Pic D’Orhy was a lot sharper over the fences, but he paid the penalty for landing too steeply three out. Thankfully he got up okay and it’s hoped this episode won’t have dented his confidence.

FIRST PUBLISHED 12:37PM, NOV 20 2020
These are big fences for a novice although once he was asked to go he was quite relaxed and he took it in his stride up the hill

Buveur D'Air could be rerouted back to Sandown as weather set to take its toll Jessica Harrington: 'I know Roksana's there, but something had to take her on' Townend to return this weekend after being 'gutted' to miss Envoi Allen showdown 'There's no way I thought he'd win' - Economy matched at 800 in Ayr blockbuster 'He's so well he'd have hurt someone!' - Waiting Patiently set for Saturday epic All too easy for Envoi Allen after Asterion fluffs his lines in first-fence fall