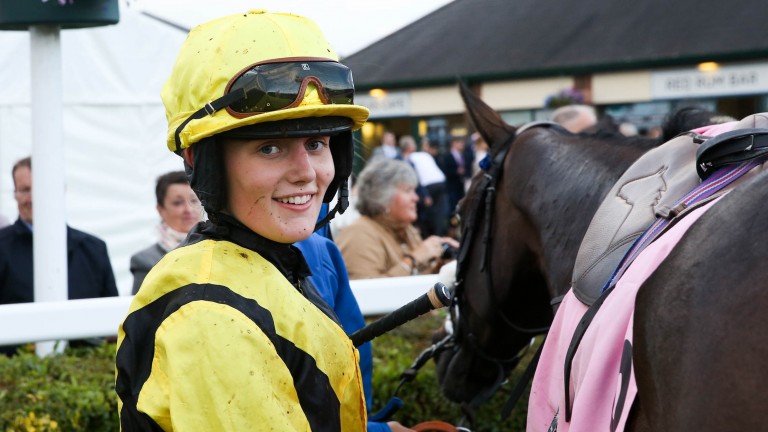 It was a day of doubles for Ella McCain and Tom Marquand, as both continued seasons to remember.

McCain's successes came for her father, Donald, with Russco a comfortable winner of the first division of the 7f handicap before Nacho sealed the double in division one of the 5f handicap.

Speaking about her second winner, Ella McCain told Sky Sports Racing: "Nacho's got the ability to win but he's just quirky, he hangs really badly right. It’s hard to push him when he's hanging, but he had just enough in the tank to be able to do it anyway."

The double added to an already impressive tally for McCain, who has won on her last three rides and is enjoying her best season with 17 winners.

Marquand maintained his challenge for the jockeys' championship with success on the Mick Appleby-trained Camerily Joe and a close-fought win aboard Trusty Rusty for trainer Tony Carroll.

However, his double did not make a dent in the title lead established by Oisin Murphy after the reigning champion landed four wins at Ffos Las.

Bombastic ended a 16-race losing streak to land the 7f claimer, picking up his first win since November for David Evans and Pierre-Louis Jamin.

Bombastic's success was the 47th winner for Evans this season at his most fruitful track, putting him three wins away from last year's tally.

Samara Star made a successful debut over 1m4f for Simon and Ed Crisford.

The daughter of Adaay, who is owned by Rabbah Racing, was a two-and-a-half-length winner from Flamingo Rose.

'He's a very sound man' - praise for John Ryan after double sets personal best Oisin Murphy in red-hot form as four-timer extends lead in jockeys' title race Are we looking at a Group 1 horse in a handicap? International Stakes insight Sister act! Abbie and Ella make it a day to remember for McCain family with wins Simply the best: how rule changes have transformed the jockeys' title race 'It's a great feeling' - Walker revels in Group 1 success as Starman comes good