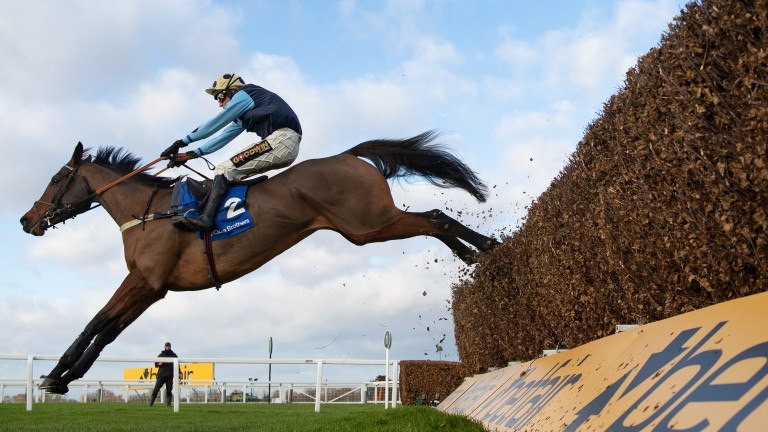 Edwardstone and Tom Cannon on their way to Grade 1 success at Sandown
Edward Whitaker (racingpost.com/photos)
1 of 1
By Scott Burton UPDATED 6:37PM, DEC 4 2021

A patient ride and a fluent round of jumping were the keys as Edwardstone came up with a wide-margin success in the Close Brothers Henry VIII Novices' Chase under Tom Cannon to earn quotes ranging from 8-1 to 12-1 for the Arkle.

There was a moment when Third Time Lucki threatened to run away from his rivals after a spectacular leap at the open ditch in the back straight.

But the further the race went on the more Edwardstone warmed to his task, while the leader's race was run coming to the second-last, War Lord running on to catch him close home for second. 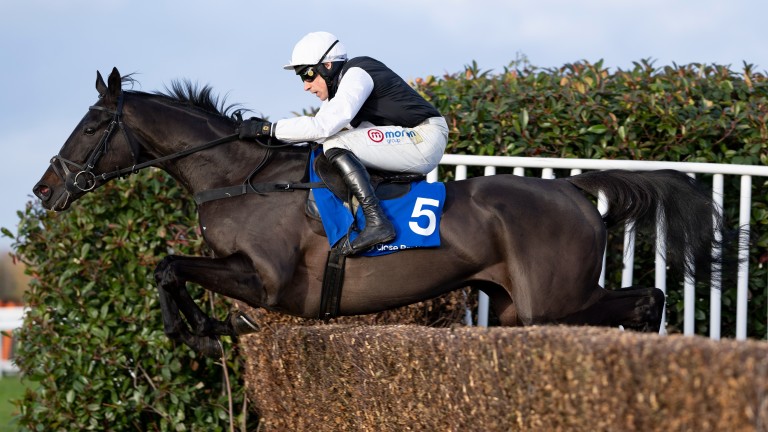 In recording a first Grade 1 win, Cannon was extremely cool on a horse whose economical and safe jumping belied his previous record of finishing one of three chase starts.

"The horse does all the talking for me really, he was brilliant," said Cannon. "He was a bit novicey at one or two, but he's only ever had one completed chase start, so he was going to be [novicey].

"[He put in a] Good jump two out and then I gave him a squeeze down to the last and he cleared away well."

Trainer Alan King has had a memorable 2021 on the Flat thanks to the exploits of Trueshan and Asymmetric and was welcoming back his first Grade 1 winner over jumps since Sceau Royal landed this prize in 2017.

King said: "He's got a great cruising speed. I'm thrilled with him. He was progressive over hurdles and we tried him over fences last year. He unseated at Doncaster and it was too late to keep going, but his form back over hurdles last season was as good as ever. He was always hopefully going to make a chaser.

"We got a nice confidence booster into him last time. I didn't really want to come here. If I could have found a two-miler with a penalty I probably would have gone somewhere else, but they weren't around." 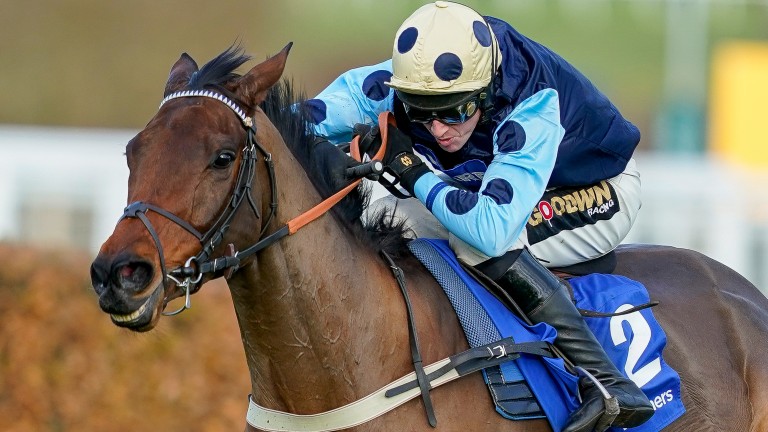 Edwardstone: stayed on strongly to win at Sandown
Alan Crowhurst

King won back-to-back editions of the two-mile novice championship at Cheltenham in 2006 with Voy Por Ustedes and then My Way De Solzen in 2007, and hopes Edwardstone might be the horse to take him back to that hallowed spot.

"He's bred for a trip but doesn't need any further yet," said King. "He's had three fairly quick runs, so it's a nice problem to have now.

"I hope and think he's an Arkle horse, so we'll work backwards from there. The Kingmaker would be the ideal one, but he'll probably want a race in between."

War Lord was progressing from success in a Carlisle graduation chase for Colin Tizzard and Brendan Powell and ran a fine race to pick up the pieces late on having been unable to go the ferocious early gallop.

Harry Skelton said of Third Time Lucki: "That's a stiff enough test of stamina for him, Cheltenham suits him better."

FIRST PUBLISHED 2:09PM, DEC 4 2021
I hope and think he's an Arkle horse, so we'll work backwards from there

Look for heavy-ground specialists or 'swimmers' in Surrey National Edwardstone team up for the fight but few follow suit as British entries plummet From the favourite to a dark horse: four hot Arkle topics plus analysis and tip 'He's won two, so why not go for another?' - Classic Chase news and views One trainer, one jockey, one horse and one race to watch on Saturday Chance to repeat last year's Classic win with chaser aimed at race all season