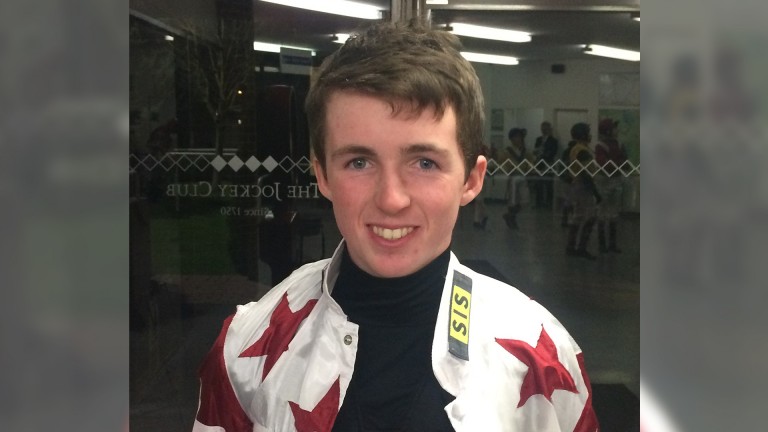 Darragh Keenan rode his third winner in a row to complete a big-price treble spread across three days
1 of 1
By Charlie Huggins 6:33PM, SEP 30 2021

Darragh Keenan's fantastic week continued as the jockey notched a third success in as many days, the latest winner coming aboard Catch My Breath for John Ryan.

Catch My Breath landed the second division of the mile handicap at 3-1 to add to Keenan's victory on 28-1 chance Pistoletto - also trained by Ryan - at Kempton on Wednesday evening, which followed a 33-1 win for fellow Newmarket trainer Robert Eddery on Homemade Andrea at Wolverhampton on Tuesday.

After Keenan had chalked up his third straight victory, Ryan joked: "I said to Darragh he probably ought to get off his last two rides here because he’s now had an amazing treble of a 33-1, a 28-1 and now a 3-1! It must be one of the biggest three-timers in history in three days.

"It’s good for young Darragh, coming out of his claim this year; he’s riding winners and being well supported. David Evans was brilliant to him during the winter, which is absolutely great for the lad because he works hard, and he has to work hard with his weight as well.

"I even had him mucking out this morning because I knew he had to do light! He’s a proper grafter."

Keenan could not extend his perfect recent run as he was beaten on Nemorum in the 7f handicap, which went to the Charlie Hills-trained Ibn Aldar, ridden by Kieran Shoemark, who kept the race after a stewards' inquiry.

That completed a double on the day for Hills after the exciting Shadwell Estate-owned four-year-old Alrehb justified odds-on favouritism in the mile novice stakes.

FIRST PUBLISHED 6:33PM, SEP 30 2021
I even had him mucking out this morning because I knew he had to do light! He’s a proper grafter