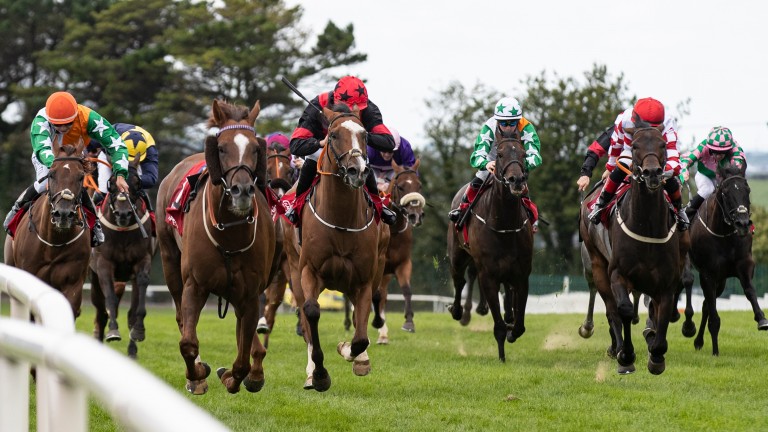 It looked as though it was going to be a routine repeat success for Current Option in the Irish Stallion Farms EBF "Ahonoora" Handicap, but it nearly turned into a disaster as the attentions of a loose horse threatened to cause chaos in the home straight.

The drama began when the well-backed Stone Soldier, trained by Archie Watson, pitched coming out of the stalls and sent jockey Oisin Orr out of the saddle. Anyone who backed another runner in the race may well have been relieved to see him out of contention, but he was not finished there.

Just as last year's winner Current Option was ready to pounce on leader Spanish Tenor in the straight, the loose horse cut across him, almost bringing him to a standstill.

Rider Cian MacRedmond was able to recover and Current Option reestablished his momentum to score by half a length from the fast-finishing runner-up On A Session. 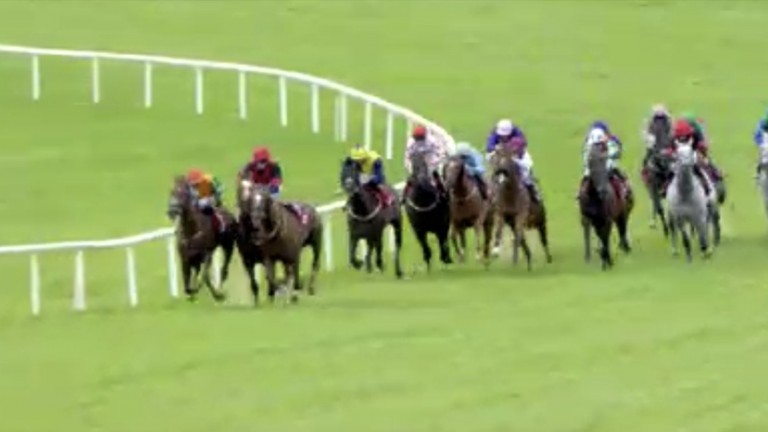 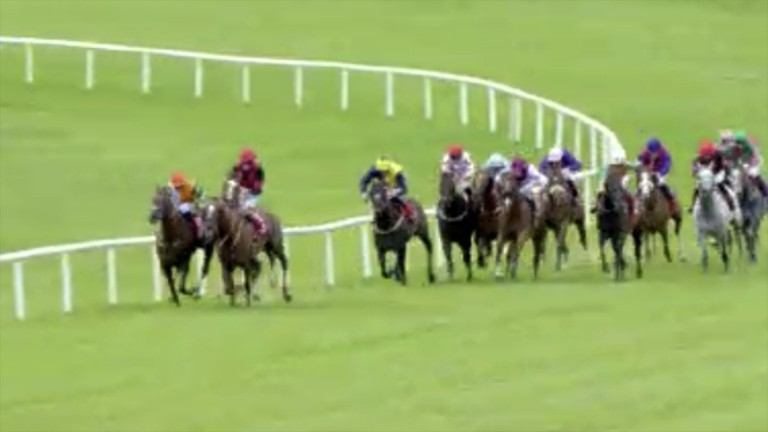 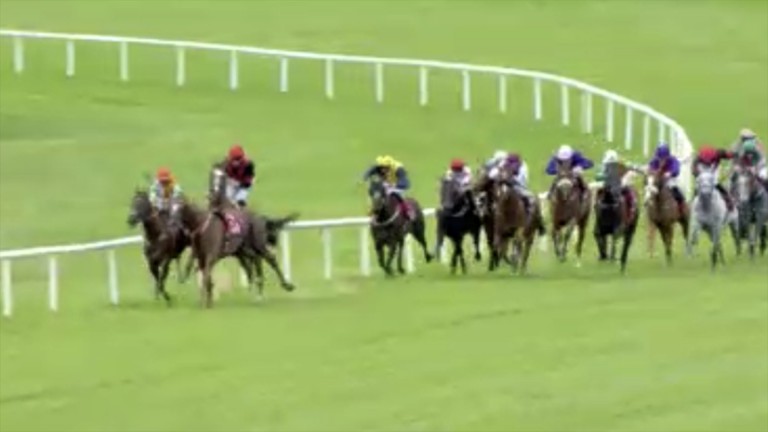 The jockey said: "It was only when I was getting to Spanish Tenor that I saw the loose horse. He was getting closer and closer when I was trying to make my move, and I tried to go for the gap but the loose horse got there before me! Current Option's a super horse and I was able to just get him home riding hands and heels."

Winning trainer Ado McGuinness has developed a superb record in big Galway handicaps and the winning owners Dooley Thoroughbreds were out in force, fully making up for not being able to be on-course a year ago.

McGuinness said: "I thought he was the class horse in the race and I just love when Group horses come back into handicaps – he's proven he's a very good horse."

He added: "We had four of the first six home and I'm just delighted for the lads. They came for the week and I don't know when they're going to go home! I'm delighted for Cian to land another premier handicap after there was a scary moment, but he deserved that."

It took until day seven but the Tom Gibney-trained Imposing Supreme became the first and only horse to register more than one win at the meeting as he landed the first of the 7f handicaps.

The five-year-old, who won a mile handicap on Tuesday, only got into the race as the third reserve but won well under Chris Hayes.

"It's brilliant," said the trainer. "Getting in was the biggest problem. He came out of Tuesday as well as I have ever seen him and that gave us huge encouragement. It's coming together for him after he disappointed us last year."

FIRST PUBLISHED 4:55PM, AUG 1 2021
He was getting closer and closer when I was trying to make my move. I tried to go for the gap but the loose horse got there before me