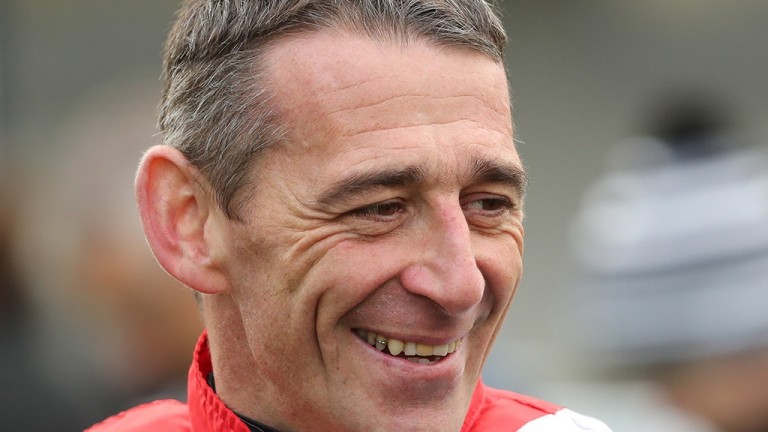 Davy Russell: back among the winners at Navan on Saturday
Caroline Norris (racingpost.com/photos)
1 of 1
By David Jennings, Deputy Ireland editor UPDATED 7:27PM, SEP 18 2021

Davy Russell bridged a 343-day gap since his last winner when coasting home on Chemical Energy in the 2m4f maiden hurdle, the second of three winners on the day for Gordon Elliott.

It has been just the sort of week Elliott would have hoped for and Tullybeg's gutsy victory in the Bar One-sponsored 2m6f hurdle was his sixth winner since returning from a six-month suspension on Tuesday.

"It's great for Davy to get a winner so soon after he's come back. Obviously he's a big part of the team," said Elliott after Chemical Energy justified 4-7 favouritism by 11 lengths.

For Russell it was the bright light he was searching for at the end of a long, dark tunnel – a journey that began on October 10 of last year when he suffered horrific vertebrae injuries from a first-fence fall on Doctor Duffy in the Munster National at Limerick.

Russell was roared back into the winner's enclosure by the Navan crowd, acknowledging how far the 42-year-old has come in the last 11 months.

Russell said: "That was lovely. It was heartening to get such a nice reception when I came back in. My mother is from this part of the country so my uncles used to always come racing here in the past. It's a great place.

"It's a lovely feeling when you cross the line. It's a relief, if anything. At least I can still do it anyway. I feel great, super, and got through Downpatrick [on Friday] no problem. He [Chemical Energy] jumped great. He was a big, raw horse last year but he's strengthened up into a grand horse now."

Earlier on the card, Elliott sent out Weseekhimhere to win the opening 2m maiden hurdle under Jack Kennedy, who himself only returned from a rib injury at Downpatrick 24 hours earlier. 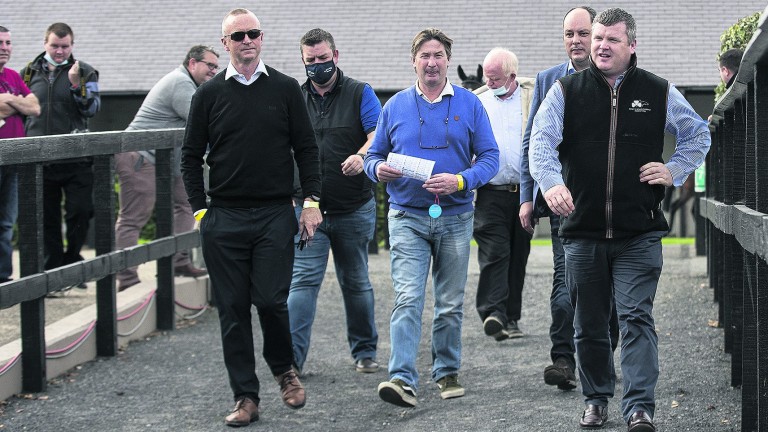 Gordon Elliott (right): back among the winners since return on Tuesday
Patrick McCann

Elliott said of the 11-10 winner: "I liked the way he put his head out and galloped from the last to the line. He had horses in behind rated 90 and 83 on the Flat. He could run well on the Flat himself as well."

The treble was completed in the now familiar green and white silks of Noel and Valerie Moran by 6-1 shot Tullybeg. He got the better of a prolonged duel with Edison Kent from the Jessica Harrington yard, which hasn't been on the wrong side of too many battles of late.

Ray Hackett heaped praise on Aine O'Connor for her ride on Rock On Seamie in the 2m handicap hurdle for female riders.

The winning trainer said: "Aine's 5lb claim in those races is very valuable. I thought she gave him a fantastic ride. When they quickened she sat and waited, she didn't get involved and gave him a chance. He came home strong then.”