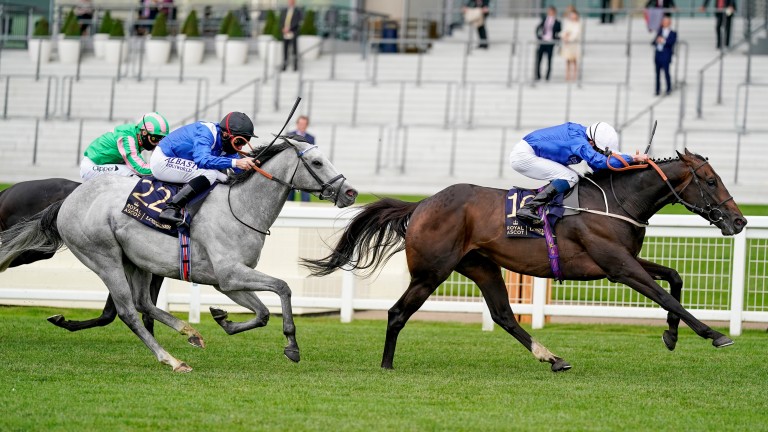 Dark Vision, remember him? Yes, he was the juvenile who won his first three starts for Mark Johnston and was subsequently snapped up by Godolphin after displaying a devastating turn of foot to win the Vintage Stakes at Glorious Goodwood back in 2018.

Well, he had not won since that scarcely believable performance almost two years ago and his losing run had stretched to 13.

That all changed in one of the hottest handicaps of the entire season as he finally fulfilled his early potential with an unusually decisive victory in the 23-runner mile contest. It was achieved in a similar style to Goodwood, too.

William Buick dropped him in stone last. All 22 rivals were still in front of him at halfway, but what happened from there was a reminder that the talent he possessed during his early days is still intact. They went hard up front and he picked up the pieces to win going away by a length and a quarter from Montatham.

It was Buick at his brilliant best and while he might have looked further back than ideal, he said afterwards that he was always where he wanted to be. 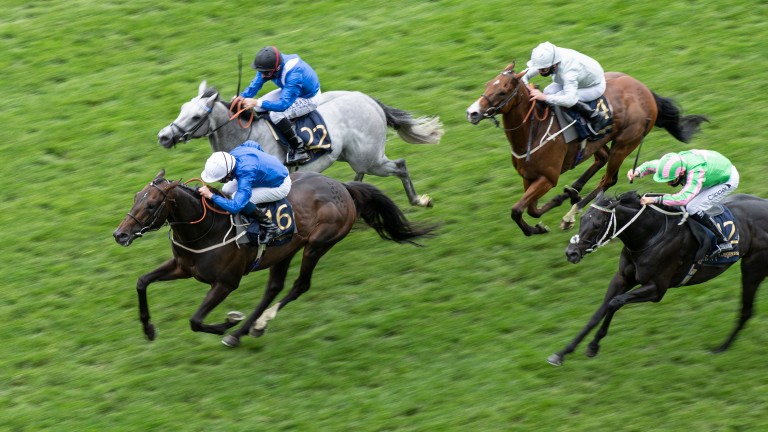 Buick said: "He travelled beautifully through the race and I was always happy with the position we were in. We were tracking the right horses and everything fell into place. He ran very well at Newcastle on his return and that suggested he was getting back towards his best."

It has been a long time between drinks for Dark Vision, but Johnston stressed his work has been brilliant at home so he knew a big performance was brewing.

The winning trainer said: "He was a pretty easy winner at Goodwood at two but has been nothing but a frustration since he changed ownership, so it’s great for Sheikh Mohammed.

"It was a drop in class into top handicap company and he did it so well. They went hard all the way and it panned out well. He’d been working brilliantly at home. We’ll see what the handicapper does to decide for us whether he stays in handicaps or goes back into Group races."

Johnston admitted this particular winner felt very different to his past ones at the royal meeting.

He said: "It’s very, very different here and you can’t say there’s any great atmosphere. I’ve been wondering about the logic of having so many runners with the prize-money so low and races so competitive but it’s still great to have a winner on the board.

"I’m sure in future we’ll say we were at the behind-closed-doors Royal Ascot and had a winner, as we do about Royal Ascot at York. It’s a great thing for the history books."

His jockey agreed, saying: "It's not ideal to have racing behind closed doors but it’s fantastic that we are racing in the circumstances. It’s been very, very well organised and it’s good to have the show on the road. We can’t wait for some sort of normality and to have crowds back though."

Montatham was second for the in-form Jim Crowley, while 25-1 outsider Pogo took third. Vale Of Kent completed the placings to add the icing to a very tasty cake for Johnston.

FIRST PUBLISHED 3:52PM, JUN 17 2020
He travelled beautifully through the race and I was always happy with the position we were in

'That was just fantastic' - Harry Eustace enjoys his first winner as a trainer 'He'll go for the Dante and the Derby - and I think he'll be underestimated' Can Craven winner Master Of The Seas follow up in the 2,000 Guineas? 'I think he's a Guineas horse' - Buick impressed as Master Of The Seas strikes 'It's a no-brainer' - Haggas confirms Guineas plan for Nell Gwyn heroine Sacred Top stayer Subjectivist set for Stradivarius battle next in Ascot Gold Cup