Darasso shows his class as Samcro flops in Listowel feature 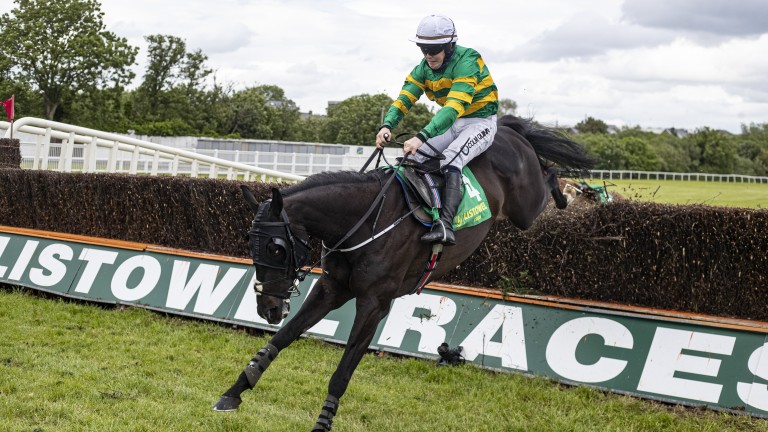 The classy Darasso ran out a convincing winner of the feature 2m3f chase, a race that was going to be more talked about for the performance of favourite Samcro regardless of his fate.

The dual Cheltenham Festival Grade 1 winner was supposed to be cementing his Galway Plate place here having won at Killarney a few weeks previously, and he looked a dream ride for Barry Browne.

But he was struggling a long way out before finishing a well-beaten seventh, more than 24 lengths adrift. He was found to be blowing hard on post-race veterinary examination.

Darasso was a more than worthy winner in a race that did not lack incident, including a loose horse and a front-runner in Abbey Magic who jumped violently to her right throughout.

The Joseph O'Brien-trained winner had the inside berth in the straight and produced two good jumps when it mattered to account for former Kerry National winner Snow Falcon by seven lengths.

Rider Luke Dempsey said: "He's a good horse and did it nicely. I was eager to get out ahead of Abbey Magic and the loose horse because they were no help to me and, in fairness, when he got to the front he did it well. He really came up for me at the last as well."

"I felt like giving up and that's the truth," said trainer Shark Hanlon after a weekend when he lost The Cool Dude and Trot On to fatal injuries at Tramore on Saturday and Kilbeggan on Sunday.

Some of that pain was alleviated by the all-the-way victory of Woodbrook Boy in the 2m4f opportunity handicap hurdle, giving young stable conditional Shane Fenelon his first winner since turning professional a few weeks ago.

Hanlon said: "I'm delighted this horse has gone and won. He was entitled to win it on his chase mark. He got a freebie in front.

"He's some horse to jump hurdles. A few lads from Listowel have bought into him in the last couple of weeks. He was 100-1 and 80-1 this morning and I told them to back him. I couldn't see him out of the first three.

"It's great for Shane too. I advised him to turn pro. I told him I would have plenty for him to ride over the summer and he could have a good go at it."

Between 100 and 120 owners were registered at the first meeting they could attend since October, and they definitely added a buzz to the meeting.

Trainer Shark Hanlon said: "I didn't want to come here today but walking in and seeing the owners put a smile on my face. Fair do's to everyone who made it happen."

FIRST PUBLISHED 6:59PM, JUN 7 2021
I didn't want to come here today but walking in and seeing the owners put a smile on my face

Full Aux Rois catches the eye in Galway week to remember for Emmet Mullins Fellowes warns controversial vet checks are deterring Melbourne Cup raiders Dynamite night for McNamara as Jazzaway leads Mullins charge in feature The Samcro show goes on as O'Leary insists retirement is not on the agenda Samcro, Stratum and much, much more - have you got that Friday feeling yet? 'He's in great shape and working well' - can Samcro bounce back in Galway Plate?