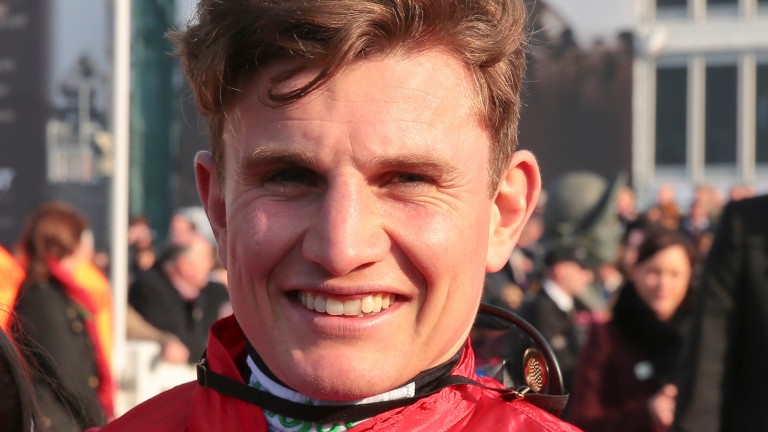 There was no debating the training performance of the day at Exeter as Helen Nelmes expertly produced Itsaboutime off a 531-day layoff to land the 2m7f handicap hurdle at 50-1.

The 11-year-old, owned by the trainer’s husband Ken, had not been in action since October 2019 but proved he was certainly ready to do himself justice with a length and a half win under Jamie Moore.

Nelmes has history at Exeter, having won the Devon National with 22-1 shot The Clyda Rover in 2013.

Nelmes, who has six horses in training and was recording her first winner since April 2019, said: “I’m over the moon. We knew he was going well at home but you can’t expect anything with these horses.

“He’s a little monkey to train and not the easiest to sit on but he’s won a couple of races for us. It’s so rewarding to get him back and see him be so willing.”

The progressive Art Approval landed the feature 2m1f handicap hurdle to edge trainer Fergal O’Brien closer to a maiden century for the season.

Art Approval, owned by the trainer’s landlord and former Southampton chairman Rupert Lowe, was a willing partner for Paddy Brennan and scored by two and a quarter lengths, taking O’Brien’s tally for a landmark campaign to 93 winners.

Harry Skelton moved to within a winner of reigning champion Brian Hughes in the title race after steering the Colm Donlon-owned Dog Of War, trained by the rider’s brother Dan, to success on his debut over fences in the 2m3f novice handicap chase.

FIRST PUBLISHED 6:10PM, APR 6 2021
He's a little monkey to train and not the easiest to sit on but he's won a couple of races for us. It's so rewarding to get him back