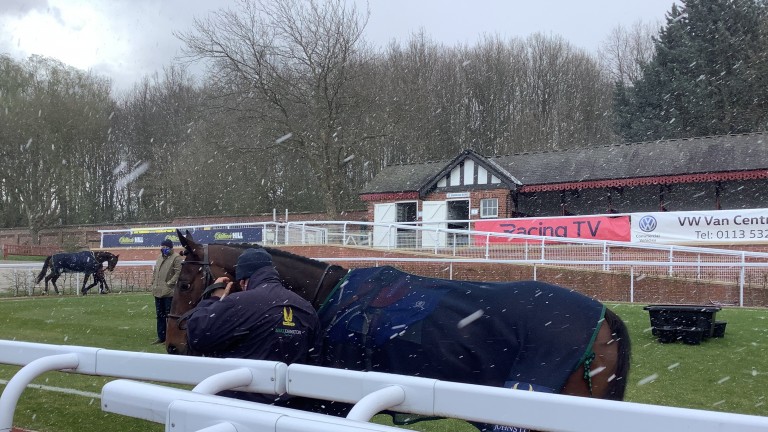 On the day Pontefract honoured a Derby winner, former Epsom hope Waldkonig got back on track with a smart handicap display.

High-Rise won here on his way to Classic success in 1998 and Pattern races beckon for the latest potentially high-class visitor to the course.

The four-year-old defied top weight and a BHA mark of 101 to take the £19,000 feature by three and a quarter lengths – and Robert Havlin believes there is more to come from a colt having just his fourth run.

"He was a bit novicey beforehand and in certain parts through the race," the jockey said.

"When I moved him up a gear he put things to bed pretty decisively, but even in the straight he had a little bit of a look.

"He has a big action and he wants to get his toe in really. The ground's very quick out in the country here but it's a little bit more forgiving up the straight; we got away with it."

Sky Bet quote the winner at 20-1 for the Prince of Wales's Stakes at Royal Ascot.

Havlin is leaving running plans to trainers John and Thady Gosden, who also took the maiden named after High-Rise with Trawlerman, but said: "I wouldn't imagine we'll see him in another handicap." 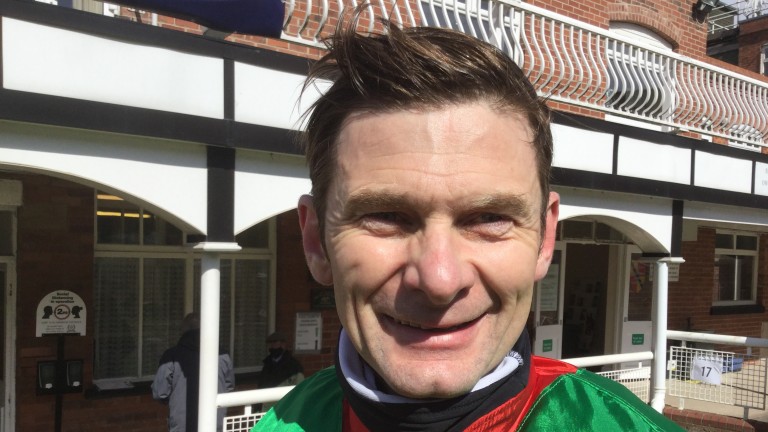 Robert Havlin: "I wouldn't imagine we'll see him in another handicap"
David Carr

Karl Burke's decision to let Bickerstaffe take his chance in the three-year-old handicap paid off as the progressive sprinter won by a neck under Clifford Lee.

The trainer was worried about the good to firm ground and said: "I nearly pulled him out. It's nobody's fault but there's no grass growth and it's dried up unbelievably.

"There are some big three-year-old handicaps coming up and I think he'll go for one of those – and it wouldn't surprise me if he ends up in a higher level than that, on soft ground."

Stablemate Spycatcher could step up in class after his novice success as Burke said: "He showed last year he had a lot of ability. He was a lot more relaxed today and we might think about the Greenham."

Pontefract's season began with snowfall and a finely judged ride by Connor Murtagh on his first turf mount of the season.

Murtagh kept clear leader Dream With Me in his sights on G For Gabrial in the apprentice handicap, led half a furlong out and held on by a head at the line.

"My lad was happy enough on the front end of the main group," the jockey said as he stood in the cold afterwards. "It probably worked out spot on having something to aim at.

"I've found it a lot harder since I've started claiming 3lb rather than the 5lb or 7lb but I've started on a good note and I hope it can continue." 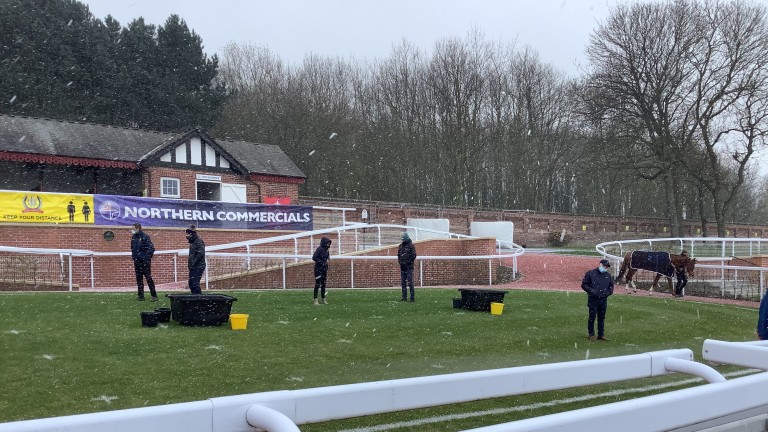 Saffie Osborne was suspended for four days for dropping her hands close home on fifth-placed Alfredo in the 2m2f handicap.

The 7lb claimer's mount was beaten a nose for fourth and she is stood down from April 20 to 23.

FIRST PUBLISHED 6:00PM, APR 6 2021
When I moved him up a gear he put things to bed pretty decisively, but even in the straight he had a little bit of a look

Robert Havlin considering appeal against 21-day ban after eyecatching second Robert Havlin banned for 21 days after ride on eyecatching Lingfield second Benoit de la Sayette: the rise of a prodigal talent 'born to be a top jockey' Benoit de la Sayette: there are no excuses and I'm sorry for letting people down Stradivarius to warm up for record-equalling Gold Cup bid in Sagaro Stakes Palmer plotting Pattern campaign for 'gutsy' Golden Pass