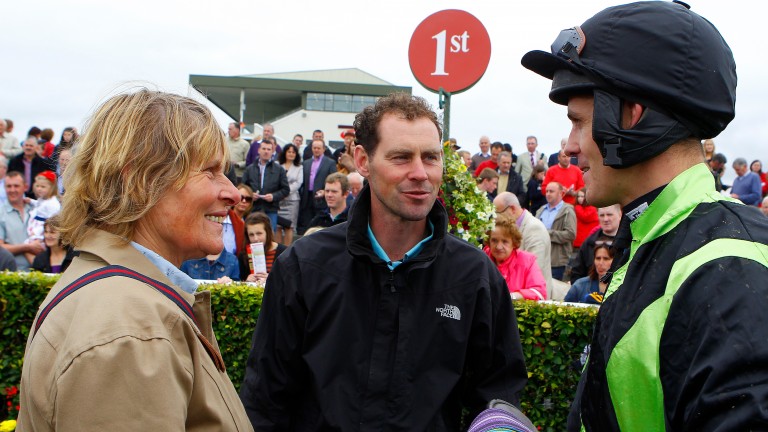 Trainer Ciaran Murphy, who is fast becoming a name to note, said the connections of Bridge Native were "in bonus territory" after the bonny mare bounced back to top form in the Guinness Handicap Chase.

Bridge Native sparked dreams of bagging an even bigger pot this winter before retiring to the paddocks.

Murphy said: “That's fantastic. We were worried about the ground and the weight but the race panned out perfectly for her. She jumped so well and Jordan's [Gainford] 5lb claim is a big help as he is a fantastic rider. He kept everything simple.

"She is a brilliant servant to have in the yard and we'll have to look at something bigger now as we're in bonus territory. She'll be covered next spring and hasn't got black type yet so we'll probably look for that. We have nothing to lose now by throwing her into something bigger."

Lisa O'Neill, described by Gordon Elliott as "a huge asset" to Cullentra House Stables, rode the 100th winner over her career between point-to-points and on the track when steering Smooth Player to victory in the concluding bumper for the stable.

Sent off 8-11, Smooth Player made light work of his rivals under the Cheltenham Festival-winning rider, on whom Elliott heaped praise afterwards.

He said: "That's Lisa's 100th career winner and I'm delighted for her. She's a huge asset to our stable and it's nice for her to get that. Jamie [Codd] rides them all in bumpers and Lisa might not be getting the opportunities that she used to but it's great to give her that and she's a big part of the team.

"Smooth Player is very big and raw. He won't do much more this year – maybe have one run over hurdles and then we'll put him away."

Cromwell at the double but Ilikedwayurthinkin fails to impress

It was a case of a lot done but more to do with Ilikedwayurthinkin as the odds-on shot produced an iffy round of jumping in landing the four-runner BetVictor Cchase under Mark Walsh.

Ilikedwayurthinkin completed a double on the day for Gavin Cromwell, successful an hour earlier with Pour Pavore in the 2m3f handicap hurdle.

Recognising that the JP McManus-owned winner would need to jump a lot better to be competitive in a major staying handicap chase this season, Cromwell said: “He made hard work of that.

“His jumping let him down a fair bit and he had to dig deep enough in the end. He made four or five fair mistakes and would want to improve a lot on his jumping for a big handicap chase.”

FIRST PUBLISHED 7:00PM, OCT 5 2021
She'll be covered next spring and hasn't got black type yet so we'll probably look for that