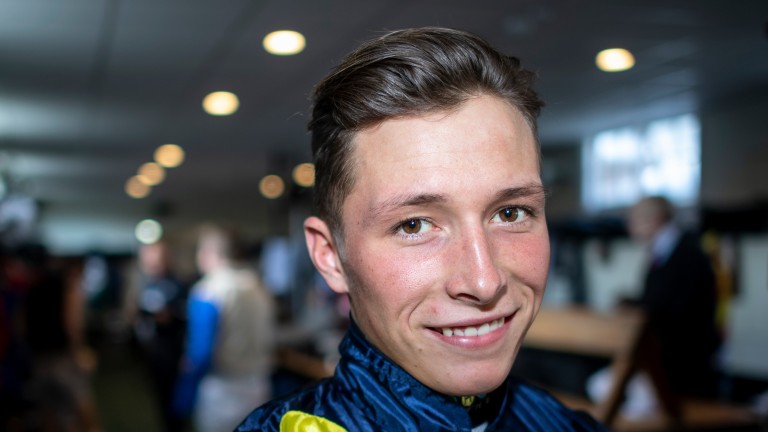 Jason Watson made it seven winners in ten days since his split from Roger Charlton with a 130-1 treble
Edward Whitaker
1 of 1
By Charlie Huggins UPDATED 6:56PM, JUL 31 2021

Watson, who rode the five-time winner on his debut at Ffos Las in September 2018, was reunited with the Andrew Balding-trained five-year-old for the first time since and held on gamely to score by a head from John and Thady Gosden’s Harrovian.

King Power’s racing manager Alastair Donald was pleased to see the upturn in form and said: "The horse was a very nice three-year-old and actually spent last year slightly in the doldrums, so it’s good to get him back.

"He had a race taken away from him at Newmarket and things went wrong for him in the John Smith's, but Jason rode him very well today. Things have gone to plan and I think he can do better still."

Watson, who has been in superb form since splitting with Roger Charlton, riding seven winners in ten days, got the afternoon off to the perfect start when steering 7-2 shot Galileo Glass to a first win at the fourth attempt for Darryll Holland in the 6f nursery.

The 2018 champion apprentice quickly doubled up with Country Carnival in the 5f handicap, the fifth winner in two weeks Watson has ridden for David O’Meara, before completing the good day’s work on Good Birthday.

Popmaster, eighth at Royal Ascot for Tom Marquand and third at Newmarket last time out for Oisin Murphy, made it third time lucky with a first win of the season in the 6f handicap for trainer Ed Walker.

Ridden by Andrea Atzeni for the first time, the well-backed 5-2 joint favourite scored by a length and quarter from Kevin Ryan's Bergerac.

FIRST PUBLISHED 6:35PM, JUL 31 2021
Things went wrong for him in the John Smiths but Jason rode him very well today

Muscle spasms force Melbourne Cup hope Spanish Mission to miss Australia flight The Master is back and this time everything's looking more rosy for his trainer Solid Stone's bravery in a battle shines a sad light on Al Aasy's shortcomings Leeds fan Kevin Ryan on target again as Bielsa lands him another Ayr Gold Cup Forgo the Flying Five in order to watch Snowfall? It can't ever happen again... John and Thady Gosden: 'It's no different to managing a top footballer'