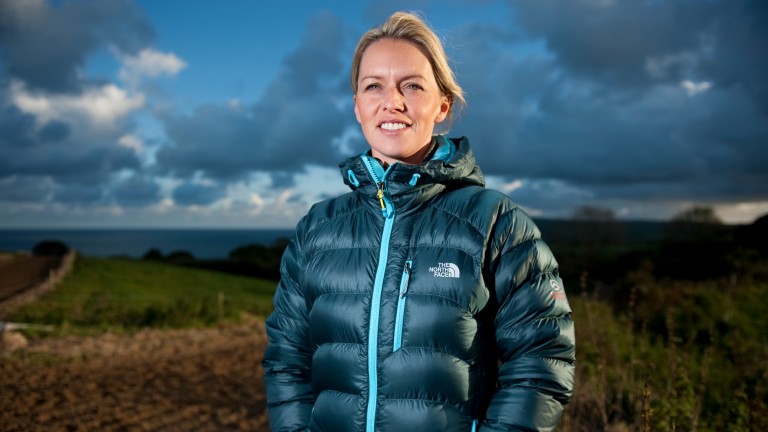 Rebecca Curtis labelled Beatthebullet ending a 127-day wait for a winner "a big relief" after he landed the feature 3m novice handicap chase.

And the trainer did not have to wait long for her next winner, which came ten minutes later at Uttoxeter when Geordie Des Champs scored in the 2m7½f handicap hurdle under jockey Adam Wedge.

Curtis believed a change of feed at her Pembrokeshire yard had helped end her barren spell, which began in July.

"We switched to a new feed back in August and it obviously didn't work for our yard – they were not finishing their races," she said.

"I don't want to give any names and I've switched back to the original stuff in the last three weeks. It's made a massive difference. I've put our run of bad luck down to that."

The 15-8 shot Beatthebullet stayed on stoutly under jockey Sean Bowen to hold off favourite Gosheven by three lengths.

"I was impressed with that, he raced lazily, but he stuck at it. It's a hard three miles around Exeter," Curtis added.

"I think he might be a National type one day, not necessarily Aintree, but he's ideal for those long-distance staying chases."

On the veteran Geordie Des Champs, she said: "He's ten turning 11 in January. He's been a really good servant to me and it's nice to have him back to winning ways."

Weekend to remember for team Williams

Balkardy capped off a fine weekend for trainer Evan Williams and daughter Isabel when coming from last to first to land the 2m½f handicap hurdle.

A day earlier, the pair had enjoyed Grade 3 success with Dans Le Vent in the big handicap hurdle at Haydock.

FIRST PUBLISHED 6:10PM, NOV 21 2021
We switched to a new feed back in August and it obviously didn't work for our yard – they were not finishing their races

'That's the real Metier' - Harry Fry relieved after Sovereign Hurdle success 'He ran a cracker at Newbury and was spot on when winning at Ascot last month' Lingfield providing a million reasons to smile on first day of new festival 'Special achievement' - first winner for Harriet Brown as 40-1 Trump shocks 'Eerie, spooky and magnificent' - Nicky Henderson's most magical of days 'It was a very cool ride' - James Bowen lands another Grand National triumph