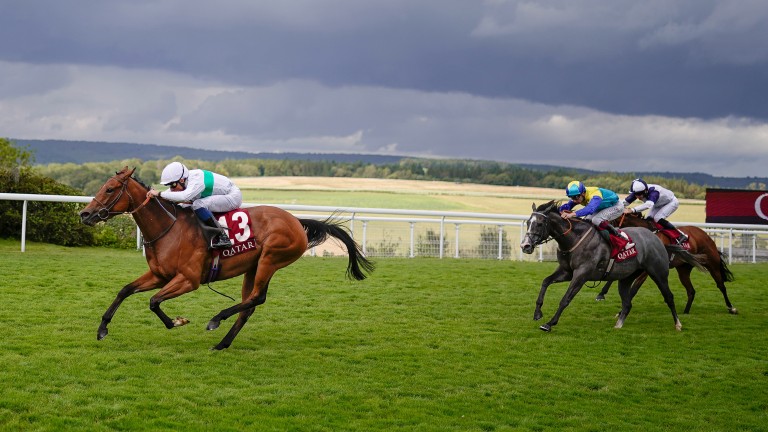 Dragon Symbol and Glass Slippers have nothing else to offer behind Suesa at Goodwood
Alan Crowhurst
1 of 1
By James Burn UPDATED 7:58PM, JUL 30 2021

William Buick gets married on Sunday, but any last wild days as a single man have been swapped for riding out of his skin in the saddle and the jockey enjoyed another winner when French raider Suesa showed what she is made of in the King George Qatar Stakes, the feature race on Friday's Glorious Goodwood card and one in which Battaash could not even play the role of bridesmaid.

Successful in the last four runnings of the valuable Group 2, Battaash, trained in Lambourn by Charlie Hills, was not necessarily on home turf, but he has made the Sussex Downs his fortress and was favourite to do so again, although his odds of 2-1 would have seemed generous to anyone who had witnessed his scorching previous performances.

Instead, Goodwood felt like a point-to-point meeting and the weather warning for wind issued by the Met Office in the Chichester area could not propel the popular sprinter to a record-equalling fifth win in the same European Group race.

That stat still belongs to Further Flight, trained by Hills's father Barry, after Battaash's dim seventh-placed finish behind a new sprint star in Suesa, who won twice as a juvenile last year before moving to Francois Rohaut and winning twice at Chantilly only to flop in the Commonwealth Cup at Royal Ascot. 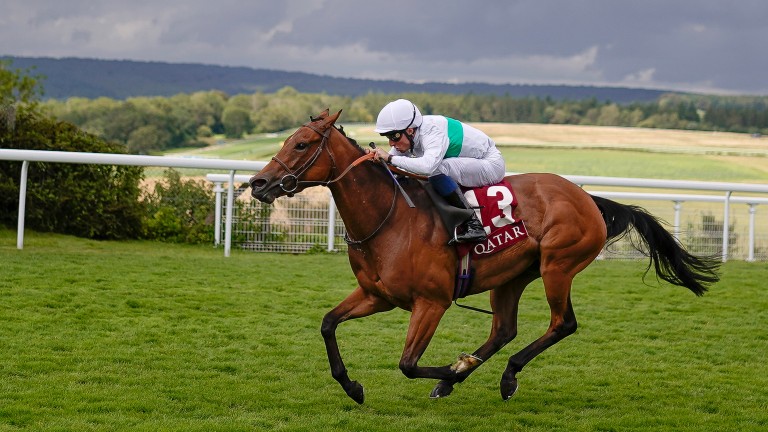 Buick will hope his big day on Sunday goes as smoothly as the £300,000 contest, in which the pair led home the admirable Dragon Symbol – in front of the winner at the royal meeting – and Glass Slippers, who produced a smart effort on her first start since becoming a Breeders' Cup heroine at Keeneland in November.

Fresh from King George VI and Queen Elizabeth Stakes glory at Ascot on Saturday on Derby hero Adayar, Buick rode a treble at Goodwood on Thursday and was not going to be outpointed on the daughter of Night Of Thunder, who came home a commanding three lengths clear.

"She travelled through the race very strongly and once she got into it had that strong kick at the finish," he said. "She looked good in France before Royal Ascot, where she didn't get any cover over six furlongs and probably ran a bit back to front.

"Everyone put a line through that and I was delighted I got to ride her again, and you couldn't help but be impressed. She's got a great attitude to go with it, she's very calm and just a very good filly."

Buick, in the hunt for a first jockeys' title and performing in a way to think that is far from beyond him, added: "I expected to end up where I was and wasn't going to make any big decisions on where I wanted to be. I was happy to let her travel where she was comfortable and I knew I'd get plenty of cover. It was just about getting a run and I could see Jamie [Spencer] was going well on Arecibo, so I got on the back of him.

"I was always confident. She's very quick and has that kick off a strong pace that all good sprinters have."

Buick began the day eight winners behind dual champion Oisin Murphy in the title race and went on: "It's a long season and we're all very busy working hard and we'll continue to do so."

With that in mind, a two-week honeymoon is not right round the corner.

"I'm at Kempton on Monday," said the soon-to-be ex-bachelor. "Maybe we'll do something in December, but I might take her to the Arc meeting."

With Adayar in the Arc and possibly Suesa in the Abbaye at Longchamp that weekend, Buick could have a glorious treble to toast.

A first jockeys' title at Ascot two weeks later on Champions Day would be even sweeter.  Something, after all, has to pay for the spread.

FIRST PUBLISHED 3:48PM, JUL 30 2021
She travelled through the race very strongly and once she got into it had that strong kick at the finish