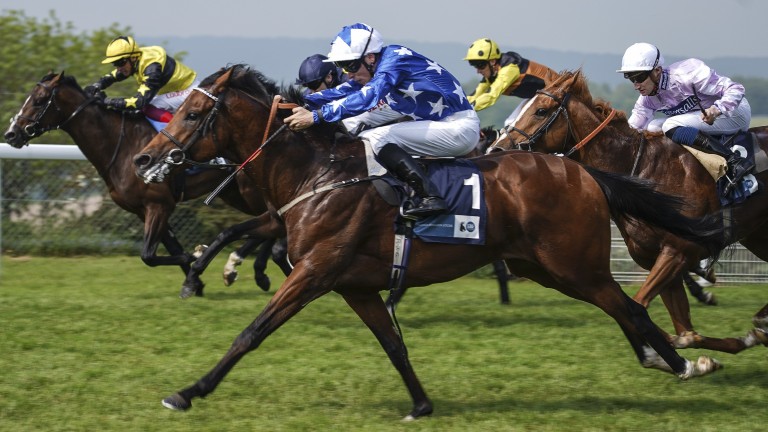 The lack of atmosphere on course persuaded Roger Charlton to stay at home despite having big-race runners at York and Ascot, but Beckhampton House will have been rocking after Aspetar capped a golden 15 minutes for the yard with an authoritative victory in the Sky Bet York Stakes.

Blue Mist put champagne on ice after winning the Moet & Chandon International Stakes at Ascot, and shortly after, Aspetar got the corks popping with a Group 2 win at York that promises so much for the future.

With his previous best performances coming in Germany and France, Aspetar did not have the familiarity of any of his better-known rivals and he drifted out to 11-1 (from 8-1) before the off.

However, if anyone was not aware of the five-year-old's ability, they were left in little doubt when he took off at the furlong pole under Jason Watson to win decisively.

"I'm very pleased with both horses and that was excellent viewing on television," said Charlton. "It was great to see Aspetar win with such authority. It was a really good effort; some of his rivals might have been disappointing but they can't all have been. Ten or 12 furlongs, it doesn't seem to matter as long as he switches off and settles."

Aspetar, a son of Charlton's four-time Group 1 winner Al Kazeem, was given an opening quote of 8-1 from Paddy Power for next month's Juddmonte International back on the Knavesmire.

Although Charlton has unfinished business in that Group 1 after Al Kazeem finished third behind Declaration Of War when sent off favourite in 2013, the trainer will wait to discuss plans with owner Sheikh Mohammed Bin Khalifa Al Thani.

"We'll see who goes for the International and take it from there," he added. 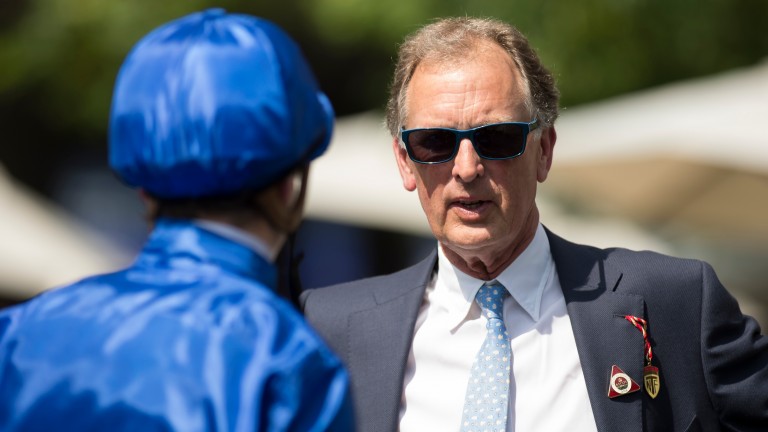 Roger Charlton: followed up Blue Mist's success in the International at Ascot with victory with Aspetar at York
Edward Whitaker

Paying tribute to Charlton's patient handling of Aspetar, Watson said: "We've always liked him and he's become more relaxed at home. He's not always the most straightforward but he has matured. He's a small, well-built horse with a smart turn of foot which some stayers lack, and that plays into our hands."

The jockeys wore black armbands in the race as a tribute to Geoff Turnbull, who died aged 74 this week, and the late owner's Lord Glitters momentarily looked like recording an emotional success before being held in third.

"I think he retains all of his ability and is definitely as good as he's ever been," trainer David O'Meara said of his stable star.

"They've hacked around and he's been a little bit keen going up in trip, but he travelled better than nearly everything and might have got second if he'd relaxed a bit more early on. We'll come back here for the Strensall or the International."

The Andrew Balding-trained Fox Chairman, who was slightly hampered two furlongs out, took another step forward in finishing second under Silvestre de Sousa.

"He's still a baby and he just shied away from going through," said the former champion jockey. "I tried to get him a run and he wouldn't have it, so I had to move to the inside and he picked up well from there."

FIRST PUBLISHED 2:53PM, JUL 25 2020
I'm very pleased with both horses and that was excellent viewing on television

'This win is for him' - Joanna Mason picks up double on poignant day 'We've always thought a bit of him' - Hilary's Boy lands 22-1 win for Eyre Think 'trainer form' and everything becomes clear after hectic weekend's action How did the Moyglare and National Stakes impact next year's Classics? Our experts highlight 25-1 and 14-1 outsiders for the Arc after eventful weekend Bolshoi Ballet knocked out of Niel by stewards as Deep Bond powers home in Foy