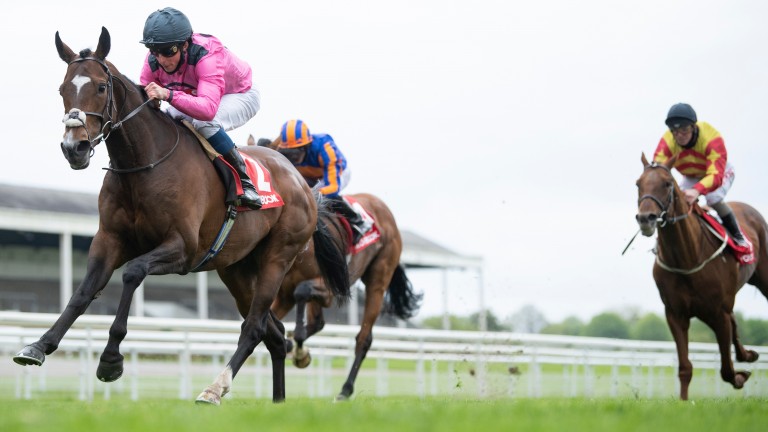 Live for the day and enjoy the moment. That was the message after Spanish Mission floored two shorter-priced rivals to land the Matchbook Yorkshire Cup.

This Group 2 event is widely seen as a Royal Ascot trial and ante-post quotes for the Gold Cup were flying round afterwards – 10-1 from Paddy Power in the case of the winner.

But those here to see the yard favourite bounce back from gruelling trips to Saudi Arabia and back and then to Dubai earlier this year were not thinking of a clash with Stradivarius.

Rather they were revelling in the way the 11-2 shot came from last place to score a first success since landing last year's Doncaster Cup under William Buick, winning by two and three quarter lengths  from Santiago (9-4) with Sir Ron Priestley (6-5 favourite) a length futher back in third.

"It's lovely to get that win," said Anna Lisa Balding, whose husband Andrew trains Spanish Mission for Team Valor.

"He's stunning and a real yard favourite. He's got great character. The travelling head lad Simon Humphries rode him out on the track this morning and he said 'If I could ride him every day I'd ride until I'm 100!'

"Team Valor are such huge supporters of racing around the world so its lovely having them in the yard. And his groom Andy Whitehall couldn't take him to Saudi so it was wonderful he could lead him up today." 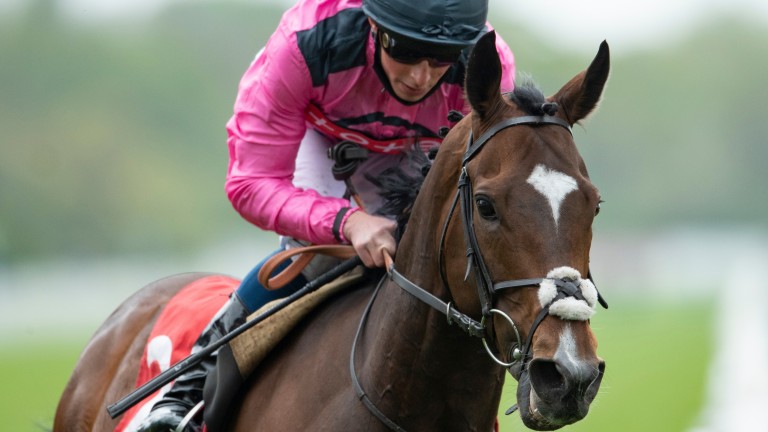 Spanish Mission's win was no surprise to those in Kingsclere as Balding added: "Two international trips do take it out of them a bit but he's been showing everything at home so we were hopeful. William was very complimentary about him and Ascot is obviously the plan."

Weighing up his Royal Ascot chance, she said: "He likes the better ground and he should get it at that time of year. And William said he's got real gears. For a stayer that's a lovely thing to have."

Buick added: "I thought that was a good race and he's got some great form in the book. He was a bit underestimated coming into it, he's an admirable horse who's raced at the top for three seasons."

Andrew Balding was watching on from Newbury and was pleased with what he saw.

"He looked a bit sharper there than he did in Dubai," said the trainer, who hopes Spanish Mission will get the 2m4f Gold Cup trip. "He won over two miles two [furlongs] at Doncaster and he's a very relaxed horse."

Mark Johnston was mystified by the way Sir Ron Priestley capitulated, headed a furlong out and losing second place in the final 110 yards.

"He went to the front like he was cantering and had them all at it and for whatever reason didn't get home," the trainer said.

"We know he's won over a mile and six before, so we know he stays – he stayed the trip as a three-year-old, never mind now.

"Why he should fail to get home today, I don't know. There doesn't appear to be anything wrong with him, but we'll see."

FIRST PUBLISHED 3:22PM, MAY 14 2021
I thought he was a bit underestimated coming into it, he's an admirable horse who's raced at the top for three seasons

Can Andrew Balding emulate his father Ian and become champion Flat trainer? Celebrations all round as Good Birthday completes 131-1 treble for Jason Watson Wonderful Tonight sails on but which French jockey will get the Arc call-up? Buick and Balding earn leading jockey and trainer titles after glorious week 'I think she won like a good horse' - Wonderful Tonight is magnificent again Groom-to-be Buick loved up for more than one reason as Suesa strikes