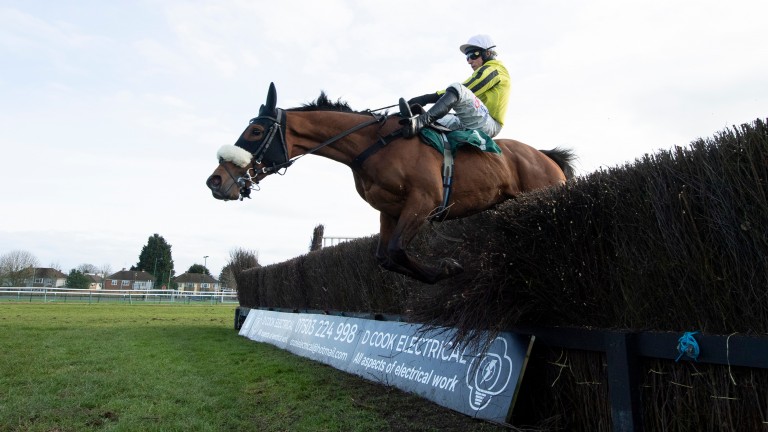 Allmankind: survived a blunder at the second-last to land the Grade 2 event
Edward Whitaker
1 of 1
By Tom Ward UPDATED 5:43PM, FEB 15 2021

There was no punching of the air or cries of celebration as the five-year-old cleared the last with what proved an unassailable lead over Sky Pirate, rather a focused delight as one of his stable stars took yet another step towards fully realising his undoubted potential.

Long of the belief Allmankind has been overlooked in discussions regarding Britain and Ireland's very best two-mile novice chasers, Skelton felt the testing ground was responsible for what was an uncharacteristically wayward jumping display.

"I was happy with the result but on the way round it was a little concerning," Skelton said. "The reality today is the ground is very testing and he seemed to get stuck in the jumps a little.

"You can't be asking for too many big jumps on this ground and that's why he couldn't quite get into the rhythm that he so often does.

"To my eye he showed a great attitude from the back of the last to get stuck in and get his head down. Today I've learned he can get himself into some unusual jumping positions but can still get himself out of them."

Despite the jumping errors this was a job well done by team Skelton, as Dan along with brother Harry took an eighth Graded prize of the season and put the finishing touches to Allmankind's preparation for the Sporting Life Arkle at Cheltenham next month.

"He's racing much more sensible now and is a much easier ride than in his juvenile days," Skelton said. "A little bit better ground in four weeks' time will suit him and I have no concern about his suitability for that race, but we are taking on two monsters – no doubt about that." 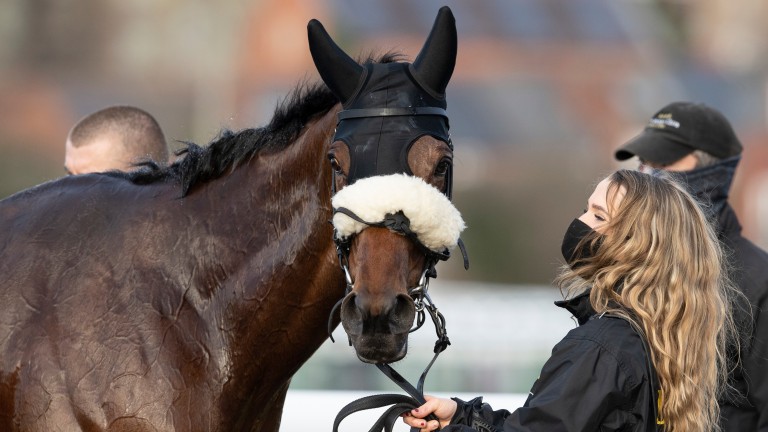 Energumene and Shishkin have in recent weeks already put the finishing touches to their festival preparations, producing scintillating displays at Doncaster and Leopardstown to take a stranglehold over the Arkle market.

While aware of the scale of the task facing his challenger, Skelton remains confident that he has a horse in his yard with the ability and the toughness to mix it with the very best.

"I don't have any worries about his suitability for Cheltenham," he said. "I'm not saying we'll win but I have nothing to point to right now that would make me think we'll definitely get beaten in the Arkle."

Bookmakers cut Allmankind into a general 7-1 third favourite for the Cheltenham prize, and Skelton added: "You only find out where you are against these horses when you take them on, and I don't see any chinks in this lad's armour just yet."

FIRST PUBLISHED 3:24PM, FEB 15 2021
You only find out where you are against these horses when you take them on, and I don't see any chinks in this lad's armour just yet