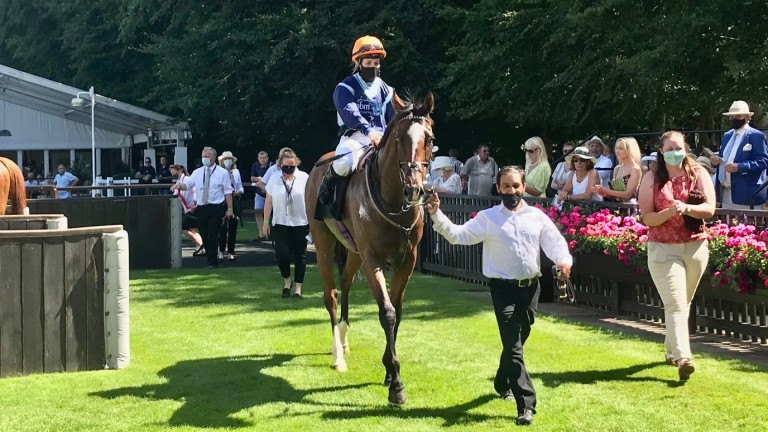 Accidental Agent turned back the clock to register a first win in over three years to land the Fine Watch Club Handicap.

The seven-year-old was getting one on the board for the first time since his memorable Royal Ascot triumph in the Group 1 Queen Anne Stakes in 2018, scoring under Georgia Dobie.

The 5lb claimer only came in for the ride on Eve Johnson Houghton's talisman as regular jockey Charlie Bishop was banned.

Dobie said: "Accidental Agent has still got it in him alright and it's wonderful he's back in the winner's enclosure. I was a passenger out there really, but when I cantered him at home yesterday he felt like he might run a big race."

Speaking from Newbury, the winning trainer said: "This win has brought a tear to the eye of everybody in the yard. I'm made up for him."

Golden Pass bagged a Listed win at her second attempt when making most to see off market rival Free Wind in the Ric and Mary Hambro Aphrodite Stakes.

The well-backed 2-1 favourite, who was sent to the front early doors by James Doyle, was headed by the runner-up in the Dip only to get a second wind to score by three-parts of a length. 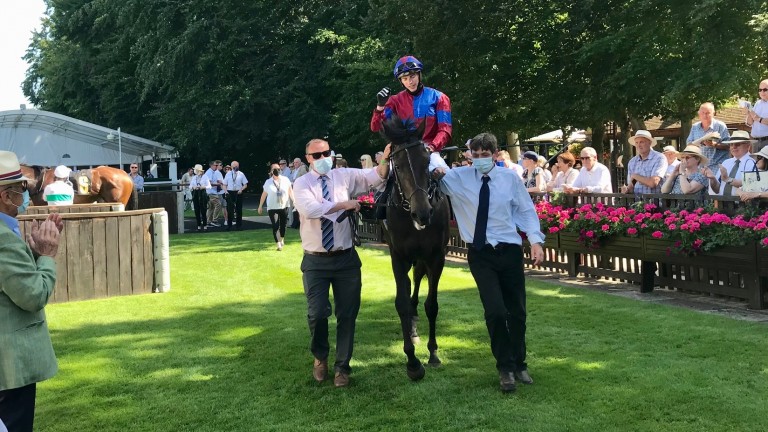 The victory was continuing the good form of trainer Hugo Palmer, and the four-year-old could well tackle Group company later this month.

Palmer said: "It was nice to get a clear run into this race with Golden Pass as she's been a bit delicate in the past. She stays very well and it's great for the owner Dr Ali Ridha that she now has some bold black type. She's in the Group 3 Lily Langtry Stakes at Goodwood and she could go there if she comes out of this in good shape."

Local bloodstock agent Mark McStay sponsored a race for the first time under the guise of the Avenue Bloodstock Maiden Stakes which was won in emphatic fashion by the John and Thady Gosden-trained Sweet Enough.

McStay said: "Avenue Bloodstock is based close to Tattersalls and I wanted to support our local track. Ideally, my clients Hugo Palmer, Joe Parr or James Ferguson would have had a runner in it, but perhaps next year."

Follow your favourites with our amazing Horse Tracker feature. Add up to 1,000 horses to your stable, filter them and keep up to date with automatic email alerts. Join Members' Club Ultimate now and never miss a winner again