Race of the day: the one contest you do not want to miss on Monday 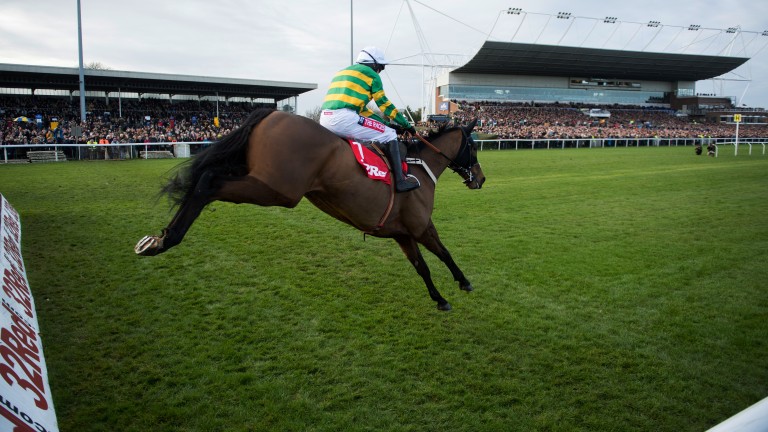 Hell's Kitchen: drops down in grade having been highly-tried in the spring
Edward Whitaker (racingpost.com/photos)
1 of 1
By Andrew Dietz 6:00PM, NOV 10 2019

Carlisle has been the setting for excellent performances by Lostintranslation and Brewin'upastorm in recent weeks and this £50,000 graduation chase promises to be another race to savour.

Trainers come from far and wide to utilise the track's chase course and there are long-distance travellers once more, with Hell's Kitchen heralding from Harry Fry's Dorset base and the John Queally-trained Djingle coming over from Ireland.

Hell's Kitchen, fourth behind Altior in last season's Champion Chase, may have to deal with a near 700-mile round trip, but he has plenty of chasing experience to draw on in a race restricted to horses who have won no more than twice over fences.

Having won a beginners' chase at Listowel and a Grade 3 novice chase at Roscommon in September, Djingle has race fitness on his side as he seeks a hat-trick for the McNeill family.

Sue Smith has never been a trainer to fly out of the traps but she is in desperate need of a change in fortunes, having sent out her last winner in April.

Midnight Shadow, winner of last season's Grade 2 Relkeel Hurdle, has the ability to get Smith off the mark for the campaign. He ran well for a long way when third on his chase debut over course and distance last month.

Nuts Well has plenty to find at the weights but did win this race two years ago. This is a much deeper contest though.

Harry Fry, trainer of Hell's Kitchen
He was highly tried in Grade 1s in the spring and it looks a nice starting point. He could have gone for the Haldon Gold Cup but he's still eligible for a graduation chase so it was a no-brainer, particularly with the good prize-money. He's ready to go and the ground should be fine for him.

John Queally, trainer of Djingle
It's a big step up for him and I'm more hopeful than anything else. He's meeting a few of these wrong, notably Hell's Kitchen, and I'd be surprised if he won. However, we have race fitness on our side and hopefully that will be a big advantage.

Brian Hughes, rider of Chesterfield
I've never ridden him before but he's a decent horse who has won a Scottish Champion Hurdle. He's not a million miles wrong at the weights and I'm delighted to get on him. He won his last race over fences at Kempton a year ago and had a good run on the Flat last month.

Harvey Smith, husband of Sue Smith, trainer of Midnight Shadow
He jumped well at the course on his chase debut and we're very happy with him. He was a high-class hurdler but chasing is a very different discipline and he has to learn his job.

FIRST PUBLISHED 6:00PM, NOV 10 2019
He's still eligible for a graduation chase so it was a no-brainer