Quotes of the week: a champion retires and a trainer misses his team's big night 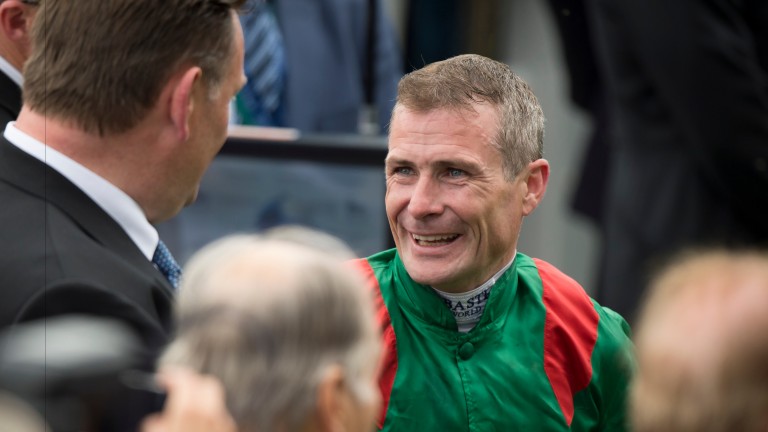 His exact words to me on the phone that day were, 'Now, that’s that over with – I want everybody around me to be positive going forwards', and that’s exactly how he’s conducted himself throughout the whole thing, and to be honest, it’s his mental toughness that’s served him so well through it all. He’s an inspiration to all.
Agent Kevin O’Ryan on the day he learned of Pat Smullen’s cancer diagnosis

Congrats on an amazing career @patjsmullen Multiple champion jockey . . . but you’ve proved more than ever in the last year what a champion you really are. Happy retirement – some enjoy it more than others!
Fellow multiple champion Sir Anthony McCoy tweets his well wishes

Pat was second to none both as a jockey and a horseman. As a human being he has inspired people all over the world, especially with the way he has dealt with and spoken about his illness.
Another champion, Aidan O’Brien, pays tribute to Smullen

The Grey Gatsby looking great and enjoying a polo from previous owner Frank Gillespie f @PetitTellieri should have fresh breath for his next date! On target for another century plus book of mares f f @bloodstocknewsi f @RacingPosti f @francesirei pic.twitter.com/wz3IjMST3X

When I realised I wouldn’t be able to go to Liverpool’s game against Barcelona as it clashed with my wife Elaine’s birthday – I’d forgotten all about it!
Trainer Karl Burke revealed the low point of his week in his Racing Post Weekender column

“Working for @itvracing hasn’t changed me at all, I’m still so grounded and down to earth...”
Doing my best diva impression for Dan Abraham’s camera while my poor floor manager Jonesy had to carry my umbrella @ChesterRaces today! pic.twitter.com/OcohqdfeHW

It’s sad to hear the news. Freddie was a star of an owner, he really was. He sent us Miinnehoma in 1989 and his first words to me were, ‘I want to win the Grand National’. I replied, ‘The horse hasn’t even jumped yet!’
Martin Pipe paying tribute to Grand National-winning owner Freddie Starr who died this week

Peter Scudamore: 'I'd have loved to continue riding but we weren't earning' Henry Daly: 'It was a nightmare - if you got yourself worked up you'd go nuts' Richard Pitman: 'The thrills I had going around there, money could not buy' David Elsworth: 'I never saw it as work - it was just a big game, an adventure'
Bookmaker
Price
E.W. Terms
bet365
Open Account
Ladbrokes
Open Account
William Hill
Open Account
Coral
Open Account
Paddy Power
Open Account
Betfair
Open Account
Sky Bet
Open Account
Sporting
BetVictor
Boylesport
888sport