'Quite impressive' Twaasol bids to give Owen Burrows another Epsom victory 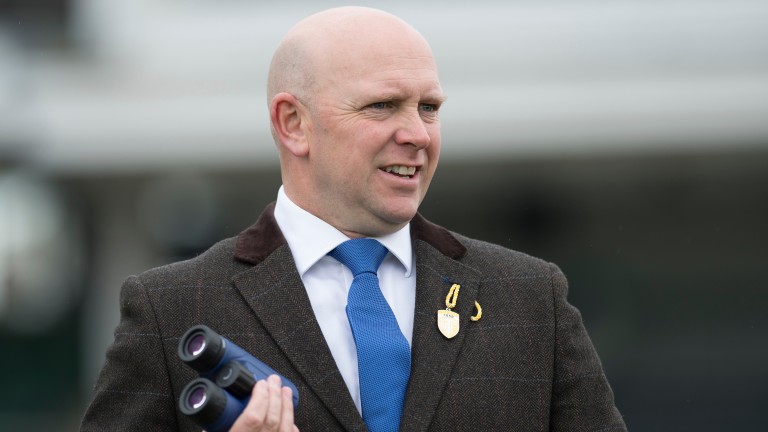 Owen Burrows has a fine record at Epsom and believes promising colt Twaasol has what it takes to cope with this tricky switchback course.

He has saddled two winners from just four runners here and is expecting a decent effort from a two-year-old who made a winning debut at Windsor last month.

"He's not the biggest, he's a good mover and he's well balanced so I hope he'll handle Epsom," the trainer said.

The 120,000gns yearling carried Sheikh Ahmed Al Maktoum's second colours at Windsor but got up to beat the owner's apparent first string Zamaani by three-quarters of a length under Martin Harley.

"He was quite impressive," Burrows said. "He'd been working nicely so it wasn't a complete surprise but mine are never fully wound up first time and he was drawn wide but he won a shade cosily if anything."

Charlie Appleby won this with champion juvenile Pinatubo last year and bids to do so again with Modern News, who made a winning debut at Newmarket and drops back to this trip after finishing fifth in the Chesham Stakes over seven furlongs at Royal Ascot.

"He travelled nicely in the Chesham but the question was whether he saw it out," the trainer said. "I was a bit disappointed he didn't see it out better. He drop backs to six and I hope the couple of runs under his belt put him in good stead."

Mark Johnston has won the Woodcote six times, dating back to Gothenberg in 1995, and attempts to make it seven with Lingfield winner Mutazawwed.

Inhaler was second at Newcastle last Saturday, and trainer Karl Burke said: "He ran very well, it's coming back quick but we thought the race would break up and he'll strip a touch fitter than he did at Newcastle so I'm hoping for a good run. The track should suit him."