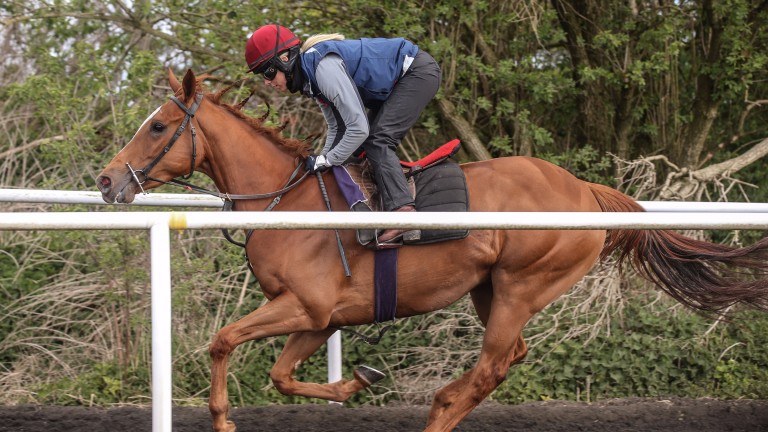 Queen Kindly bids to register her first win of the year in this fillies' feature that has attracted a bigger than usual turnout of 14.

The daughter of Frankel is down in class after failing by just a short head to land the Group 3 Summer Stakes at York last time and rejoins battle with some of those in arrears on the Knavesmire.

Luck of the draw

The past three winners have been drawn close to the rail, most recently Mehronissa (stall one) a year ago.

Favourites have a poor record with only one market leader obliging in the past decade, Mince at 9-4 in 2012.

Hughie Morrison, trainer of Excellent Sounds
We've always thought a bit of her and we're just hoping they miss the rain. You can ignore her last run as she ran into the back of them at Newmarket. She has a low draw and we hope for some black type.

Rae Guest, trainer of Show Stealer
She likes fast ground, so we're hoping it doesn't rain. She ran well behind Queen Kindly at York last time, when she needed the run, and we've put cheekpieces on as she was looking around a bit that day.

Ed Vaughan, trainer of Staintondale Lass
She's won six races for us and we thought we'd look for a bit of black type. She's not that well drawn but likes to be dropped in and should be staying on as she gets seven furlongs.

Peter Chapple-Hyam, trainer of Classical Times
She's just missed out on black type previously but goes there with every chance of finishing in the first three. Ideally we don't want any rain.

Tom Dascombe, trainer of Eartha Kitt
It's a tough ask but she's a genuine sort and hopefully can get some more black type.

Bruce Raymond, racing manager to Jaber Abdullah, owner of Queen Kindly
She must have every chance as she may have just needed the run at York last time. She's well drawn and has a good jockey [Tom Eaves], so we're positive about her chances.

Marco Botti, trainer of Raven's Lady
She's won two decent races and we're after some black type with her as she's rated 95. It's a tough race but she has a low draw, which is a help.

James Given, trainer of Savannah Slew
She wasn't beaten far at this level at Carlisle and we're giving it another go. A shower or two would help her chances.

Nicolas Clement, trainer of Spain Burg
We want to play to this filly's strength, which is her speed, so although it's a bit of a trek up there this is a good chance for her against other fillies, and there's not a great programme for her here in France. The distance will suit and she's come on for her comeback run.

Roger Varian, trainer of Tundra
She was far from disgraced in the Oak Tree Stakes at Goodwood. This is a drop in class theoretically, but I think this is a good renewal of the race. A stiff six furlongs should suit her, but she has a dreadful draw in stall 15.