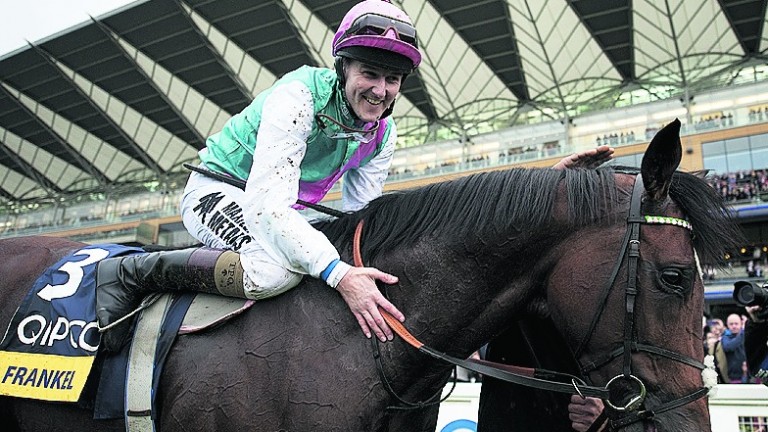 Japanese racing fans need little encouragement in their admiration for all things Frankel, with Soul Stirring's Yushun Himba [Oaks] win back in May the first Group 1 success for the stallion anywhere in the world.

But the presence of the man whose career in the saddle is inextricably linked with Frankel in the line-up for the two-day World All Star Jockeys challenge – which gets under way in Sapporo on Saturday – is bound to add further interest to a popular fixture in the Japanese calendar celebrating its 30th anniversary.

Queally will be making his debut in the competition, which has previously been won by such international stars as Ryan Moore and Johnny Murtagh and whose inaugural edition went to Cash Asmussen back in 1987.

The four-race series will crown an individual champion on Sunday as well as featuring a team element, which pits six international jockeys and a rider from the local NAR system against seven established stars on the national Japan Racing Association circuit.

Queally is joined by 2015 winner and perennial Hong Kong champion Joao Moreira, as well as Australian duo Kerrin McEvoy and Katelyn Mallyon, who has enjoyed a real career breakthrough over the last 12 months, scoring a maiden Group 1 triumph in the William Reid Stakes aboard Silent Sedition in March.

The JRA team features leading imports Christophe Lemaire and Mirco Demuro, as well as reigning champion jockey Keita Tosaki and the legendary Yutaka Take, who will be hoping to add to a sole 1992 success in the World All Star Jockeys in what will be his 23rd career appearance at the event.

FIRST PUBLISHED 10:39AM, AUG 24 2017
Queally will be making his debut in the competition, which has previously been won by such international stars as Ryan Moore and Johnny Murtagh