Royal Ascot FOUR NOT TO MISS ON FRIDAY 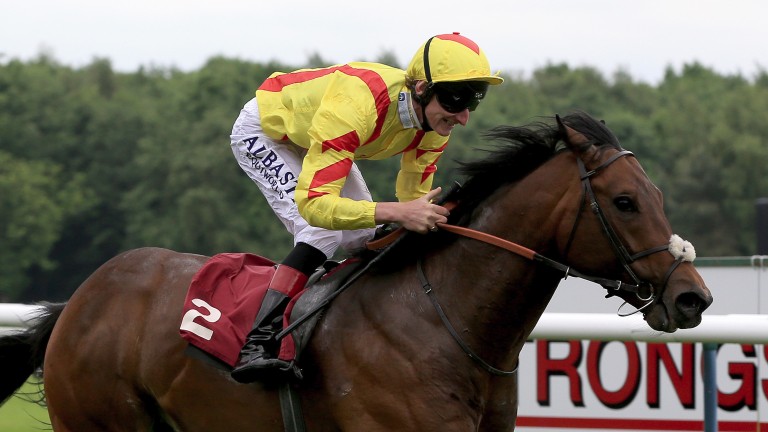 Harry Angel: is a heavenly alternative to Caravaggio in the Commonwealth Cup
Clint Hughes
1 of 1
By Maddy Playle 6:20PM, JUN 17 2017

Aidan O'Brien's Caravaggio and Winter will be among the headline acts on day four of the royal meeting, but there are plenty of other potential stars to get excited about...

Ertiyad caught the eye on debut when coming from off the pace to finish second to Mrs Gallagher in a strong maiden at this track over five furlongs, and she proved well suited by the step up to six furlongs when winning cosily at Haydock last time.

The form of her debut second has worked out well with the highly regarded third Out Of The Flames winning impressively at Windsor, while fifth-placed Madeline also won next time, and she should not be underestimated in the Albany.

In recent years we have been lucky enough to see the likes of Dartmouth and Estimate triumph in the royal colours and Call To Mind has a fair chance of providing the Queen with another winner.

The beautifully bred colt won smoothly on debut at Newbury in April and ran well when hampered in the Fairway Stakes at Newmarket last time. Trainer William Haggas believes the step up to a mile and a half will suit, and this progressive colt looks good value at double-figure prices.

All of the talk has been about Caravaggio and the Aidan O'Brien accumulator but Clive Cox – one of the best trainers of sprinters –has long rated Harry Angel among the speediest he's had, and the colt displayed his talent when bolting clear of the field from the front in the Sandy Lane Stakes last time.

Blue Point, who beat Harry Angel when receiving 4lb in the Pavilion Stakes on reappearance over course and distance, has been targeted at this race by Godolphin, so it speaks volumes that they decided to buy Harry Angel from Peter Ridgers. At 7-2 Harry Angel is a heavenly alternative to the favourite.

Three of the last six winners of the Coronation Stakes have been trained in France and, while Winter will be hard to beat, French 1,000 Guineas winner Precieuse has been supplemented for the race and needs to be taken seriously.

Fabrice Chappet's filly had not run beyond six furlongs before Deauville, but she showcased her trademark speed to devastating effect in the final furlong and quickly put the race to bed to win at 33-1.