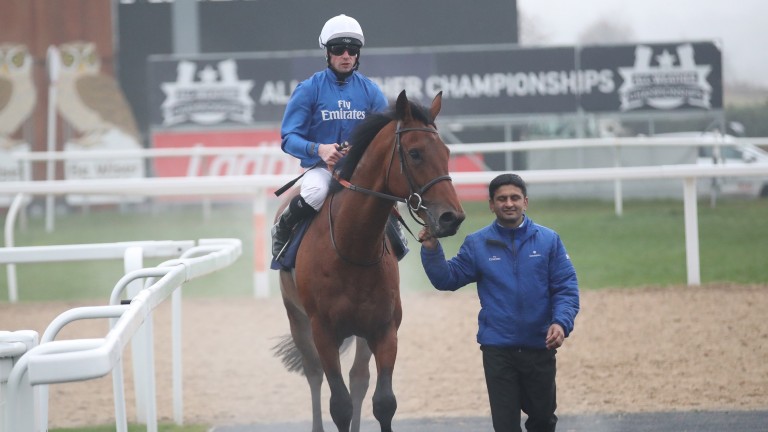 This race has increased in quality in recent years. In 2015 it was run as a handicap for the last time and it was Listed for two years before being given Group 3 status in 2018.

The latest promotion has brought the expected increase in quality. The last couple of winners have recorded performances in the mid-110s and this year's field suggests that standard is likely to be maintained. The drawback, as it was in 2018 and to a lesser extent last year, is that it is naturally more exclusive and the small field does not immediately make for a hugely attractive betting heat.

At least the five runners this year come in with plenty of unknowns, which makes more fertile ground for forming a view and beating the market. With form-pick Communique and stable-changer Eagles By Day, the unknown is the 1m6f distance. The latter, who has moved from Michael Bell to David O'Meara, is hardly doubted on pedigree. He is by Sea The Stars and his dam, Missunited, won the 2013 Galway Hurdle and was second to Leading Light in the following year's Gold Cup. Clues are not so explicit with Communique, but his style of racing over shorter makes it more likely than not that he will stay.

Moonlight Spirit and Universal Order are both guaranteed stayers. Where trust is required on them is ability. Moonlight Spirit's most compelling form comes from three-year-old staying events in France, of which a cautious view has been taken. Ditto Universal Order's form in Dubai and a small-field Listed race last month. As both are four-year-olds, with just eight and ten runs behind them respectively, many will be tempted to take further improvement as likely.

Indeed, all bar standard-setter Communique are aged four. Although it is a small-field race again, the Silver Cup could well prove informative in the long run.
Keith Melrose, betting editor

David O'Meara, trainer of Eagles By Day
He is having his first run for me so we're still getting to know him a little bit. He obviously has an excellent piece of form behind Japan at Ascot last season when with Michael Bell so hopefully he can show something like that.

Charlie Appleby, trainer of Moonlight Spirit
He didn’t get the trip in the Ascot Gold Cup and the drop back in distance should suit him much better. He ended last season with two very good runs out in France and a return to that level of form will make him a major contender.

Rob Hornby, rider of Ranch Hand
I've ridden him plenty at home and he looks sure to be suited to the track. He goes on any ground and hopefully he can come with a late surge.

Bruce Raymond, racing manager to Abdulla Al Mansoori, owner of Universal Order
David Simcock has placed the horse very well and we think he could be the next Desert Encounter who is getting a bit long in the tooth. I think he'll be suited by the trip and we are expecting a good run.

FIRST PUBLISHED 6:00PM, JUL 17 2020
David Simcock has placed the horse very well and we think he could be the next Desert Encounter