Qualando out for first win over fences in West Country feature 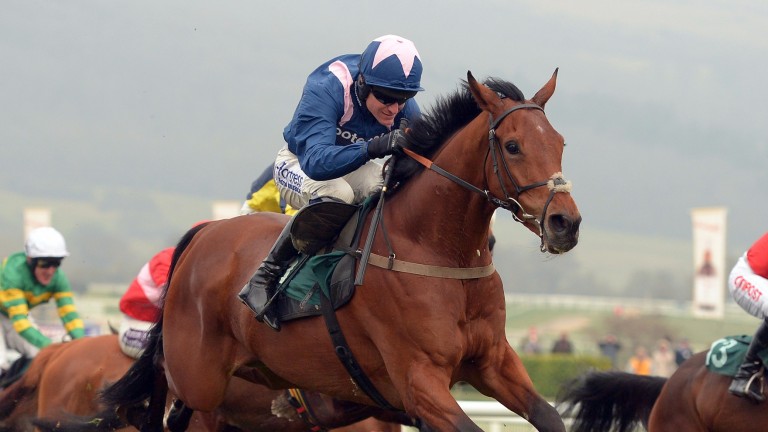 Paul Nicholls went close to winning the feature with Easter Day 12 months ago and tries again with topweight Qualando, who has blinkers back on for just his third start over fences.

The six-year-old has not won since landing the Fred Winter Juvenile Handicap Hurdle at the Cheltenham Festival in 2015 but should find this easier than tackling the smart Different Gravey at Ascot last time.

Colin Tizzard saddles Tempestatefloresco, who was denied by just half a length two starts ago at Chepstow.

Ex-French recruit Calett Mad won on his chasing debut at Newcastle and then was second at Ludlow. The five-year-old tackles this rather than a Listed chase at Warwick on Saturday.

Paul Nicholls, trainer of Qualando, has a 31 per cent strike-rate at his local track in the past five years.

Harry Derham, assistant to Paul Nicholls, trainer of Qualando
He'll find this a bit easier after running in two better races just lately and we've put a pair of blinkers on him to sharpen him up. He jumps well and goes there with a good chance.

Colin Tizzard, trainer of Tempestatefloresco
His last two runs have been at Chepstow, where he didn't appear to handle the very soft ground, and we're going to Taunton for some better ground. There's a race like this in him and he's a horse we like.

Anthony Bromley, racing manager to Simon Munir and Isaac Souede, owners of Calett Mad
I know Nigel Twiston-Davies is pleased with him at home and he coped with similar ground at Ludlow last time. Although he's up in the handicap, he's worth another go at this level and he should run another big race.

Paul Webber, trainer of Tindaro
He ran well at Doncaster last time and should be better going right-handed but we don't want any overnight rain for him and any softening of the ground would be an issue.

FIRST PUBLISHED 6:00PM, JAN 10 2017
Although he's up in the handicap, he's worth another go at this level and he should run another big race