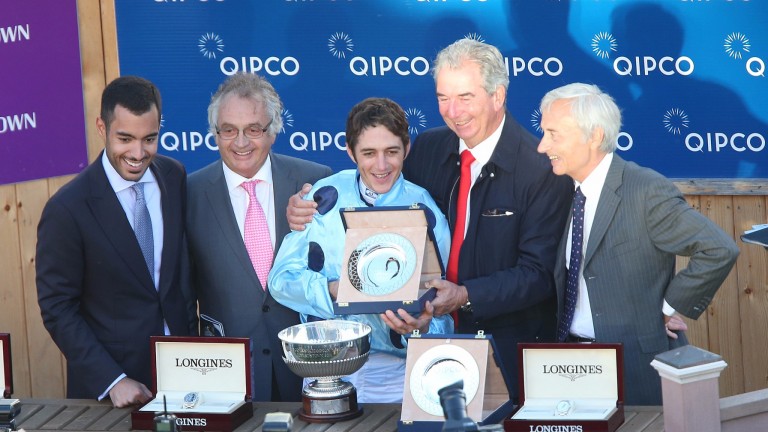 Sheikh Fahad Al Thani labelled the Irish Champions Stakes as one of the "best races in the world" when he announced Qipco is set to extend its sponsorship of the Leopardstown showpiece for another three years.

Qipco first sponsored the Irish Champion Stakes in 2014 when The Grey Gatsby stunned Australia to clinch a narrow victory and it has remained on board for the subsequent successes of Golden Horn in 2015 and Almanzor last season.

The sheikh said: "It's excellent news that having attracted fields of such depth and quality the Qico Irish Champion Stakes has established itself as one of the best races in the world and so we are delighted to continue our association."