Qemah aiming to kick-start Classic weekend for Rouget at Lingfield 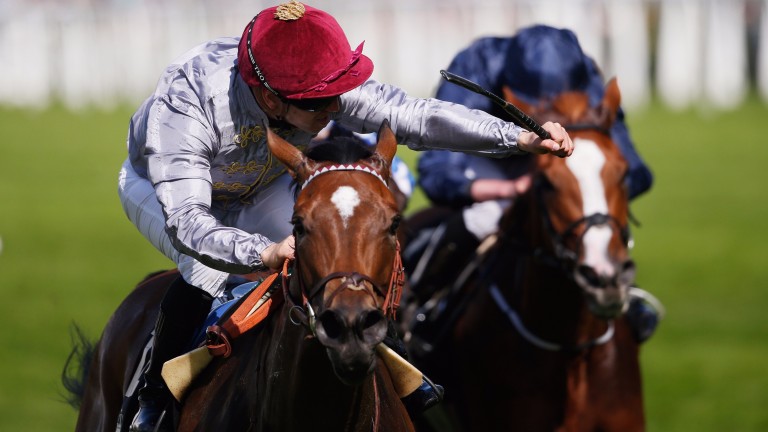 Qemah is entered in the Queen Anne Stakes and the Duke of Cambridge Stakes at Ascot
Alan Crowhurst
1 of 1
By Scott Burton 9:12AM, MAY 13 2017

Jean-Claude Rouget is hopeful that his Classic weekend can get off to a good start when Qemah faces ten rivals on her first start since finishing third to Alice Springs in the Matron Stakes last October.

Rouget's 2017 has been a terrifying reverse of his 2016 heroics, with an outbreak of the deadly EHV-1 virus causing one barn of 47 horses to shut down operations last month, with two horses losing their lives.

None of Rouget's fillies were in the affected barn and Qemah – the winner of both the Coronation Stakes and the Prix Rothschild last term – will be the trainer's first runner in Britain this year.

With their French-based retained rider Gregory Benoist staying in Deauville to take the ride on Wajnah in the Poule d'Essai des Pouliches, Al Shaqab's UK number one, Frankie Dettori, will ride Qemah for the second time.

"The date works well and this is a good distance for her to run first time out," said Rouget. "She is very well and she worked well here in Deauville this week."

Rouget, who saddles likely favourite Brametot in Sunday's French 2,000 Guineas, is cautiously building up the horses which had to be stopped during the outbreak.

He said: "We are out of the worst of it. Now we have to get the horses ready to run. If everything goes well the first of them will run in June and then we well see how they run."Qemah enjoys a 10lb superiority on Racing Post Ratings over Mix And Mingle, with another 2lb back to Ashadihan.

FIRST PUBLISHED 6:00PM, MAY 12 2017
She is very well and she worked well here in Deauville this week