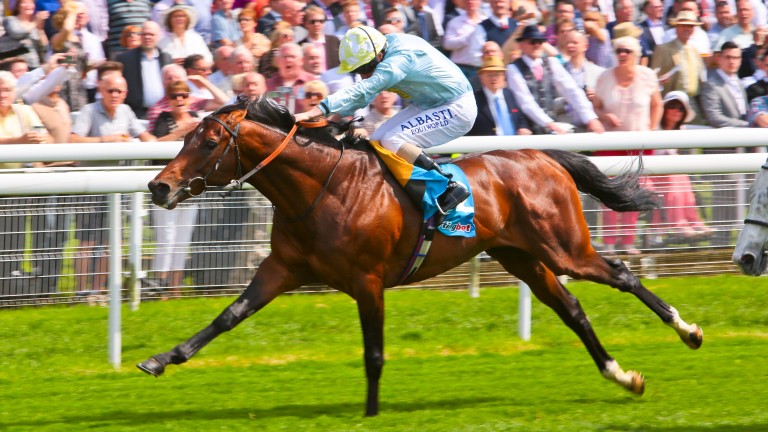 Qatar Racing and Equestrian Club on Wednesday took another step towards raising the international profile of its most important thoroughbred fixture by announcing a major tie-up with the Breeders' Cup.

The Breeders' Cup will sponsor the Dukhan Sprint during the HH Emir's Sword Festival, February 23-25 in Doha, and QREC will back the Juvenile Sprint Stakes on the undercard of the 2017 Breeders' Cup at Del Mar in San Diego, California, November 3-4.

QREC hopes to use the association to further international participation at its flagship race meeting which this year has attracted entries from the United States and Europe as well as the Middle East.

The Sir Michael Stoute-trained Arab Spring and Dylan Mouth (Marco Botti) are engaged in the $1 million Emir's Trophy, as well as Texas Ryano (Carla Gaines) and Royal Albert Hall (Doug O'Neill) from the US.

"It's a very attractive entry," said Nasser Sherida Al Kaabi, general manager of QREC. "The more great runners we can get the better to raise the bar of competition in Doha and we hope through this partnership with the Breeders' Cup to use the experience they have worldwide to grow the sprint race to be one of the best in the future.

Breeders' Cup president and CEO Craig Fravel said: "It's our job to help sell and promote the breeding industry and thoroughbred racing and grow our support, and Doha and Qatar is a big part of that."