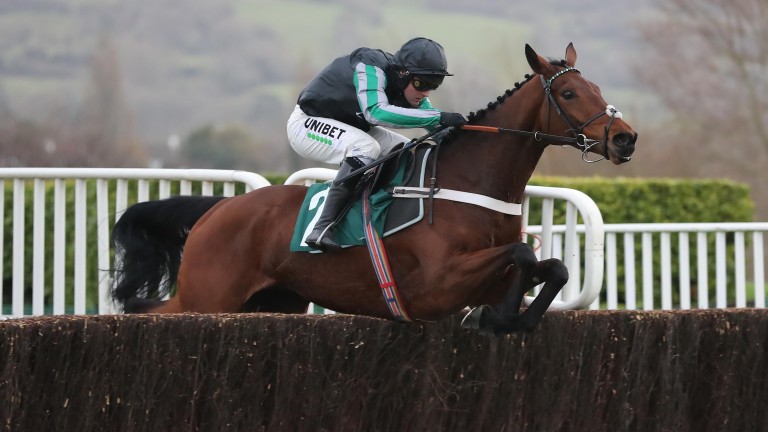 The Reynoldstown hasn't proved to be the best guide to finding the RSA Chase winner at the Cheltenham Festival in recent seasons, but there is reason to believe we may see a future Grade 1 winner this time in a small but select six-strong field headed by Pym.

Available between 12-1 and 20-1 for the RSA next month, Nicky Henderson's seven-year-old seems to have matured mentally this season and dramatically improved for the switch to fences, having recorded two wins and a second from three starts.

He disappointed at short odds several times over hurdles but the way he jumps a fence suggests this is his game and it was hard not to be impressed with his Ascot victory in November, when he made all the running to score by three lengths.

Pym followed up by beating the highly regarded Imperial Aura at Cheltenham last month, proving he has stamina in spades as he steamed up the hill, and is the one to beat as he seeks a three-timer.

He appears to be the runner on the sharpest upward curve at this stage of his career and is a worthy 2-1 shot as long as the ground doesn't blunt his pace or effect his stag-like jumping.

It won't be a cakewalk as there is plenty of winning form among his rivals, most notably with Sam Brown and Two For Gold, both of whom have to give Pym 2lb thanks to Grade 2 victories last month and seek four-timers.

Proven when the mud is flying, Sam Brown has fairly dotted up on two outings this year following a 750-day layoff and would be tough to hold if Pym doesn't handle conditions, while Two For Gold's grit and determination was on display last time at Warwick as he fought back once headed.

Sam Brown is 2-2 over fences and this mudlark will have conditions to suit.

It would be folly to rule out in-form runners from trainers who know how to win this race and Copperhead, who represents last year's winning handler Colin Tizzard, and the unexposed Danny Whizzbang for 2018 winner Paul Nicholls will also have their supporters despite needing to find improvement based on ratings.

Paul Nicholls, trainer of Danny Whizzbang
The track will suit him more than Kempton did. I’m hopeful of a nice run.

Anthony Honeyball, trainer of Sam Brown
I’m very happy with him. He’s got his ground and is in a good place at the moment. Conditions will suit and the trip is right for him. I’m looking forward to running him.

Kim Bailey, trainer of Two For Gold
It’s a really competitive race and a big step up in class for Two For Gold. I’m very happy with him, though, and expect him to run very well.

Nicky Henderson, trainer of Pym
He’s been round Ascot a couple of times and seems to like it there. He won’t mind the ground, although he won’t like it, if you know what I mean. He’s a model of consistency and has done very well since we switched him to novice chasing.

Joe Tizzard, assistant to Colin Tizzard, trainer of Copperhead
He's been a very progressive young horse and is definitely going in the right direction. He deserves to take his chance in a Graded race.

Alan King, trainer of Alsa Mix
She'll benefit from going right-handed and stepping back up to three miles.
Reporting by Richard Birch

FIRST PUBLISHED 6:00PM, FEB 14 2020
He has done very well since we switched him to novice chasing