Graham Cunningham: Purton and Moreira at war as Moore bids to sign off in style 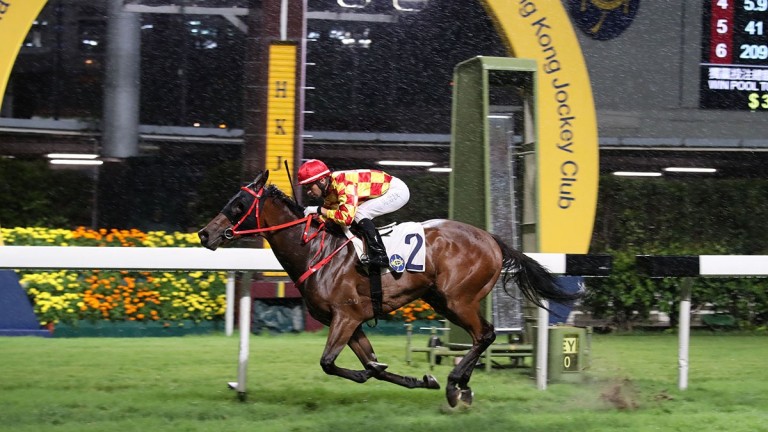 Rain has arrived in Hong Kong ahead of Sunday’s final Group 1 of the season at Sha Tin, and champion middle-distance stayer Exultant will be all the rage under Zac Purton as he bids for back-to-back wins in the Standard Chartered Champions & Chater Cup.

However, Purton's arch-rival Joao Moreira has his own share of strong chances on a marathon card covered live on Sky Sports Racing in what promises to be another intriguing battle between the pair.

The ‘you score, I score’ nature of the Hong Kong jockeys' title came into even sharper focus at Happy Valley on Wednesday as Zac Purton and Joao Moreira traded blows to end the night still dead level on 119 winners apiece.

Purton climbed aboard Dionysus Colin for the first time and coaxed the longstanding maiden to success in race two; Moreira responded swiftly with a dashing all-the-way win on Lightning Steed; Purton went gate to wire aboard Golden Dash in the penultimate contest; and Moreira snapped back swiftly again by winning the nightcap aboard Shining Ace.

Moreira wasn't referring to the 20-minute drive home when saying "it's such a journey, but it's a good one" and he and Purton have full books again on Sunday's 11-race card at Sha Tin.

Exultant ready to go up for the Cup again

Purton's banker is Exultant in the feature at 9.05 and Tony Cruz's gelding will be heavy odds-on to land the final Group 1 of the season for a second year running.

Cruz lifted the Cup three times as a rider and, having done likewise six times in the last seven years as a trainer, is clearly confident about continuing his golden run with a gelding who has won ten times and collected £7 million in prize-money since finishing third to Churchill and Thunder Snow in the 2017 Irish 2,000 Guineas.

"Exultant is a real turf galloper, he loves the mile and a half,'' Cruz told the HKJC's David Morgan. "I don’t want a downpour, that’s my concern. As long as the track is good to firm, as normal, he should win this race again – but I want that normal track!”

The weekend forecast raises doubts on that score but good to yielding ground proved no barrier to Exultant 12 months ago and two of his main rivals – namely stablemates Furore and Time Warp – are unproven at a mile and a half.

Local legend John Moore saddles the only opposition to the Cruz trio as he bids for one final Group 1 success before he leaves HK this summer and the veteran is placing the bulk of his faith in two graduates from the French circuit, namely Helene Charisma and Savvy Nine. 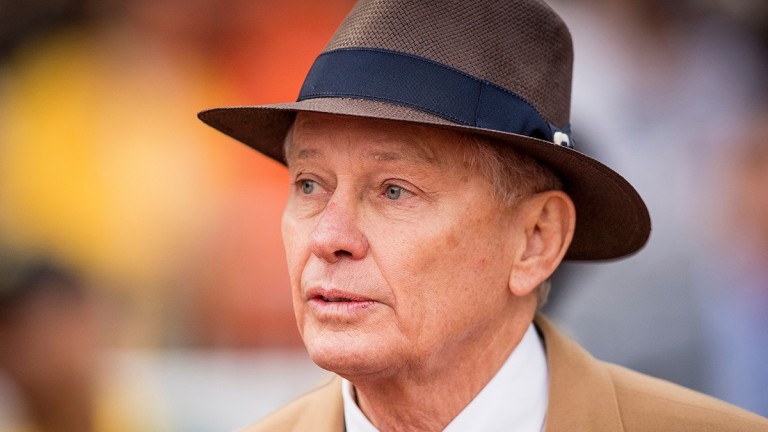 John Moore: hoping to head into retirement in style

“If the favourite doesn’t come with his ‘A game’ we might come right there with all guns blazing,” he said. “It would be great to depart Hong Kong on a Group 1 win and as far as I’m concerned we have a great chance of doing that.”

Chefano dictated to lead home a Moore 1-2-3 in the Queen Mother Memorial Cup over course and distance last month but Moore feels a stronger tempo could change matters.

“If the pace is genuine. I think Savvy Nine and Helene Charisma would probably be my stable picks,” he added. “Helene Charisma will definitely enjoy the cut in the ground and I can’t see any reason why Savvy Nine won’t enjoy it – they’ll think they’re back at Longchamp!”

Late show on the cards for Thanks Forever

Moore is hoping to thwart Purton and Exultant in the day’s feature but the two join forces in the chief supporting event and tactics could prove very important as Thanks Forever continues his rivalry with Hot King Prawn in the Group 3 Sha Tin Vase at 7.00.

Hot King Prawn is 4-2 up in their running battle this season but Thanks Forever had the edge when the pair finished third and fourth behind Mr Stunning in the Chairman’s Sprint Prize last month and Moore feels he learned something important from the way that Thanks Forever charged through from the rear that day.

“What we learnt is that Thanks Forever has a short run,” he said. “He looked like he was going to win the race but he bottomed on his run, so from that point of view Zac has to be very mindful of that.”

Thanks Forever has a 6lb pull with Hot King Prawn and Moore is confident that he remains in peak shape. “This time we’ve got the gun gate [2] and he’s done everything right,” he added. “His work on Monday was good, the feedback from the work-rider was very positive and he enjoyed that cut in the ground.”

The ability to ‘steal’ rides from each other could play a key role in deciding the title battle between Purton and Moreira and it looks as though the Brazilian’s powers of persuasion have worked in getting the leg up on Good Luck Friend in the Werther Handicap (7.30).

None of them have shown enough to suggest they are primed to strike in HK just yet but Good Luck Friend has been progressing strongly under Purton – showing good speed to win and finish second over course and distance – and a 3lb rise for a short head defeat four weeks ago looks very fair given that the third and fourth from that race have both gone on to score since.

FIRST PUBLISHED 6:00PM, MAY 22 2020
If the favourite doesn’t come with his ‘A Game’ we might come right there with all guns blazing