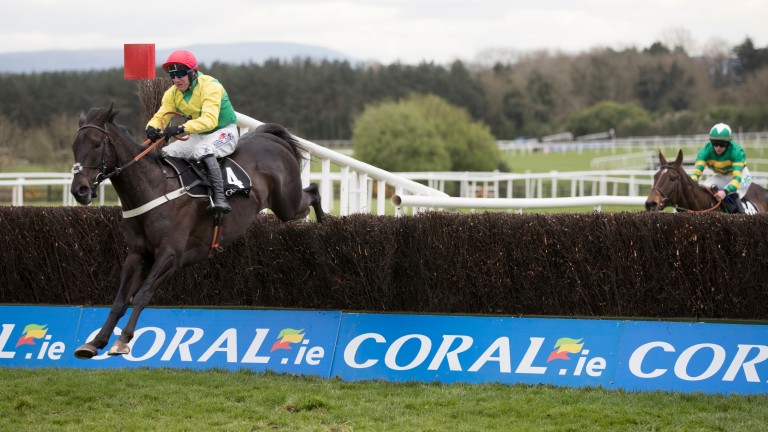 Tizzard brings back 2017 winner in search of repeat

Colin Tizzard was unsuccessful at this meeting last year but had three winners, two seconds and a third from seven runners at the 2017 festival, yielding a €16.50 level stake profit for every €1 staked.

Among those Tizzard treats two years ago was Sizing Granite who won this race impressively by five lengths off a mark of 146, 2lb higher than the mark he runs off as he attempts to regain the valuable crown.

Not only that, but Tizzard has booked Jonjo O'Neill jnr to take a further 3lb off and the 11-year-old arrives after a much-improved effort at the Scottish National meeting 19 days ago, when he chased home Born Survivor.

Tizzard said: "He always seems to come good in the spring. He ran perfectly fine at Ayr and on his day would have some sort of chance, but I wouldn't know what to expect."

This race has been exported for two of the last three years courtesy of Irish Cavalier in 2016 and the aforementioned Sizing Granite, and perhaps War Sound can be the one to continue the trend.

Phillip Hobbs's charge would look a well-handicapped animal if returning to the sort of form which saw him beat King's Odyssey by six lengths in a handicap chase at Aintree in November off a mark of 136. He is only 2lb higher now after three disappointing efforts. 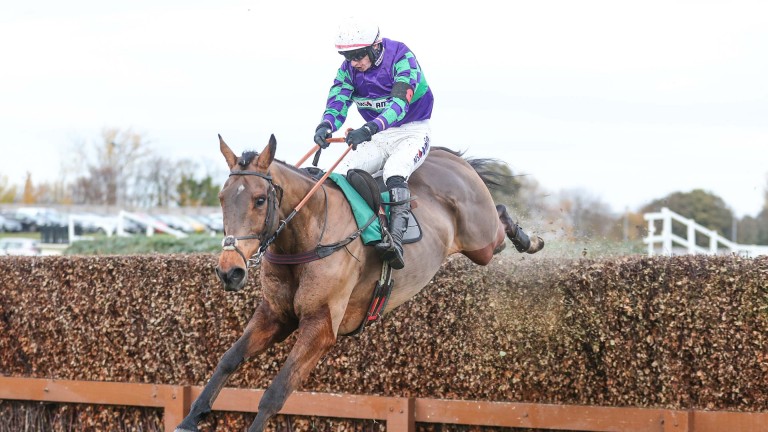 War Sound: "This season he put up the most fantastic performance of his life to win at Aintree"
Grossick Photography

Hobbs said: "It's extraordinary. He used to be massively consistent but didn't win a race, whereas this season he put up the most fantastic performance of his life to win at Aintree, yet he hasn't run the same since – and I don't have a clue why. If he produces his best form he'd go very close."

Blast from the past

Blast Of Koeman is a course specialist around Punchestown, hardly surprising since he simply has to go right-handed.

All three of his victories have been on right-handed tracks and, although only one of those arrived at Punchestown, he was beaten a neck in this race last year by Patricks Park, chased home Invitation Only in a bumper at the track in 2016 and, in between, found only Grand National second Magic Of Light too good in a 25-runner handicap hurdle.

Not seen since winning a handicap hurdle at his beloved Punchestown on New Year's Eve, Blast Of Koeman has seemingly been kept fresh for this and runs off a mark only 5lb higher than the one he was second off 12 months ago.

What the rest of the trainers say

Nicky Henderson, trainer of O O Seven
He’s a good old horse, a standing dish at all the big festivals. This meeting fits in well as he’s on his way home for his summer holidays in Ireland.

Gordon Elliott, trainer of Ben Dundee and Monatomic
You'd have to be thrilled with the way Ben Dundee ran in the Close Brothers. That was a fine effort to finish third and, if he improves a bit on that, he'd have a squeak in an open, competitive race. Monatomic struggled on heavy ground at Tramore last time but these conditions will suit better.

Paul Nolan, trainer of Fitzhenry
We're dropping him back in trip after his good run in the Grand National trial at the track in February. The more rain the better, and he seems to be in very good form, so we're hopeful of a good run.

FIRST PUBLISHED 6:40PM, APR 30 2019
He always seems to come good in the spring. He ran perfectly fine at Ayr and on his day would have some sort of chance