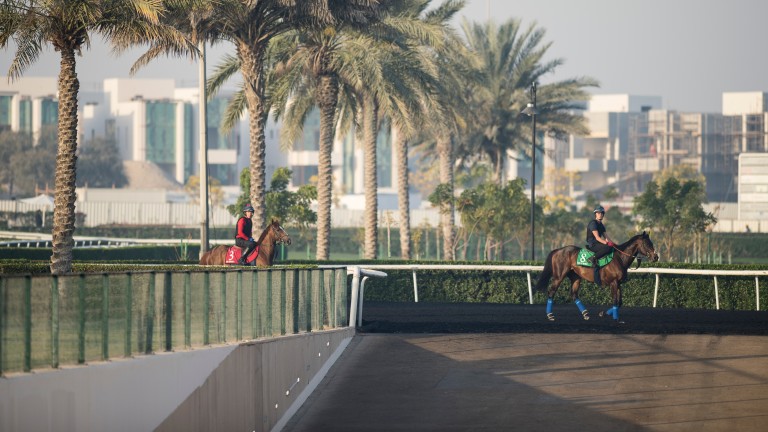 Sir Michael Stoute and Frankie Dettori are a partnership to fear and the Newmarket trainer is expecting a bold showing from Qipco Champion Stakes runner-up Poet's Word in an open running of the Sheema Classic.

Stoute has saddled two winners from 11 runners on World Cup night since its inauguration in 1996 and Dettori is the winningmost jockey with 19 victories to his name.

Fantastic Light won this race for Stoute in 2000, and while the trainer admits the Saeed Suhail-owned Poet's Word is not of the same ability as his previous scorer, there is confidence about his chances.

Stoute said: "It’s a tough race, as it’s entitled to be, but he’s in good shape and has run well in Group 1s, and I’d be very hopeful.

"He had a bad draw in Hong Kong and came six wide on the turn, so we scrubbed a line through that and we start again.

"Poet’s Word is no Fantastic Light, but he's a very reliable horse who I think is going to run a big race and take home some prize-money."

Head to the top of the market

Two favourites have landed this $6 million (£4.4m) contest since 2008 but, judging by recent trends, it is still worth looking towards the head of the market.

Local winner Eastern Anthem, successful at 14-1 in 2009, has returned the only double-figure priced winner since 2008, with six of those scorers priced 4-1 or shorter. 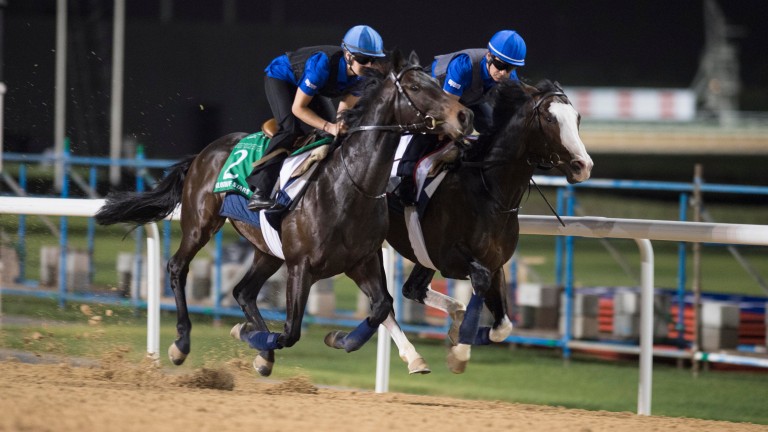 She said: "The trip was too short and the surface was not ideal for him at Chantilly so it was a very encouraging return. He needed the run quite badly too so it's brought him on quite a bit.

"He merits being favourite as he has strong form, but you can never be too confident as there is so much strength and depth to the race."

Rey the pick of Japan trio

Japan field a strong team of three and preference is for Kazuo Fujisawa's Rey De Oro, winner of the Japanese Derby and second in the Japan Cup last year.

His rider Christophe Soumillon said: "I have a very good feeling about him.

"He was a bit too fresh on his return, which told at the end, but that will have put him right for this.

"The track, step up in trip and good ground will be perfect for him."

Aidan O'Brien, trainer of Idaho
His best run was last time when he was fifth in the Japan Cup, which is always such a strong race. He's entitled to run well as he's a bit more experienced – we think and hope there could be a big race in him this year.

Clive Cox, trainer of Khalidi
He's an outsider but he's quite talented. We've been trying to find decent ground for him but since the second half of the summer it has been too wet. He's loved it over here and is thriving.

Charlie Appleby, trainer of Hawkbill
He was trapped out wide last time but showed his class late on and galloped out nicely. He came out of the race well and is in good shape. Soft ground gives him an advantage but he's versatile and handles quicker ground.

Joao Moreira, rider of Satono Crown
He's my best ride of the night. He was very impressive in the Hong Kong Vase when I last rode him and if Highland Reel was in this race, he'd be favourite, and Satono Crown beat him that day.

David Simcock, trainer of Desert Encounter
He took the travelling very well and settled in nicely. It was a surprise how much he improved last year and I’d like to think there is a little more to come in the right conditions, which he should get.

Saeed Bin Suroor, trainer of Best Solution
He's improving all the time and very versatile as he handles any ground. The trip is perfect for him and he'll run well.

Mahmood Al Zarooni to return to training following eight-year ban Hunt Cup-winning team combine again on mixed day for jockey Marco Ghiani No July Cup bid for Campanelle as Wesley Ward takes US raiders back home Listed success for Katara rounds off a memorable weekend for Ryan Moore 'I didn't say that. He's wrong' - Dettori counters Murphy best-horse claim A day when two big decisions had to be made - officials at Ascot got both right