Punting pointers and trainer views ahead of a tricky handicap hurdle 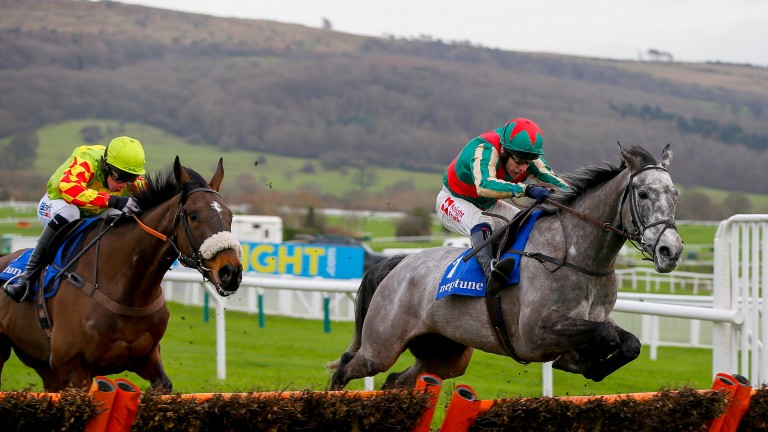 Ace amateur David Maxwell continues to catch the eye having achieved a 39 per cent strike-rate this season. With nine winners to his name already, Maxwell has last term’s personal best of 15 in his sight.

The charismatic 41-year-old holds leading claims on Dolphin Square, who has provided two of those victories and is due a 6lb rise after this.

Tony Carroll, busy on the all-weather on Thursday, is a man for all seasons and his jumps runners ought not to be dismissed readily as Vive Le Roi proved when winning this race at 14-1 last year. 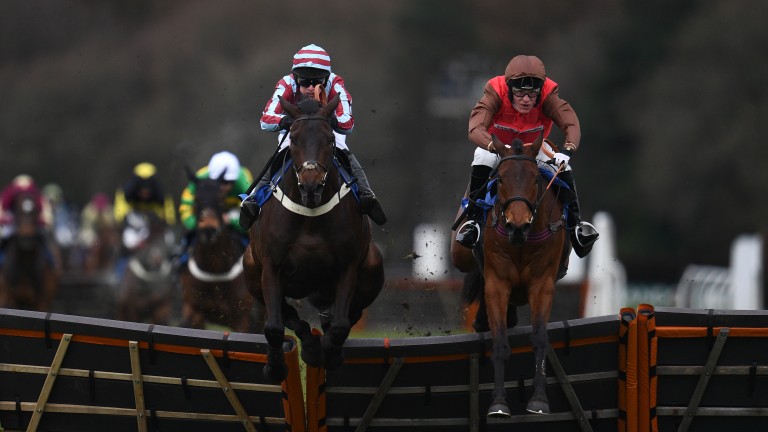 Dolphin Square (right): will once again have David Maxwell in the saddle
Harry Trump

He is back for more under Harry Bannister, but is now rated 8lb higher, while Carroll also runs Black Buble under top conditional Jonjo O'Neill jnr.

Putting £1 on Nick Williams' Newbury runners in the last five seasons would have returned you £18.50, so perhaps the lightly raced One For The Team is worth an investment on his handicap debut.

David Pipe, trainer of Champers On Ice
It was great he got his head back in front at Ffos Las last time, but he'd appreciate softer ground than what we're going to get. We're limited with opportunities and he's higher in the weights in a more competitive race, so it's going to be difficult, but he's been in fine form at home.

Neil Mulholland, trainer of No Hidden Charges
He ran a decent race last time at Cheltenham and had also been going well before that, winning three on the spin. He's in good order and it's his first run in a handicap, so we'll learn a lot more about where we are after.

Philip Hobbs, trainer of Samburu Shujaa and Dolphin Square
Samburu Shujaa was entered in the novice chase at Newbury on Saturday and will go over fences sooner rather than later, but we'll start in this and see how we get on. He loves testing ground, while Dolphin Square has been in good form and won last time, so I'm hopeful he can make the frame. 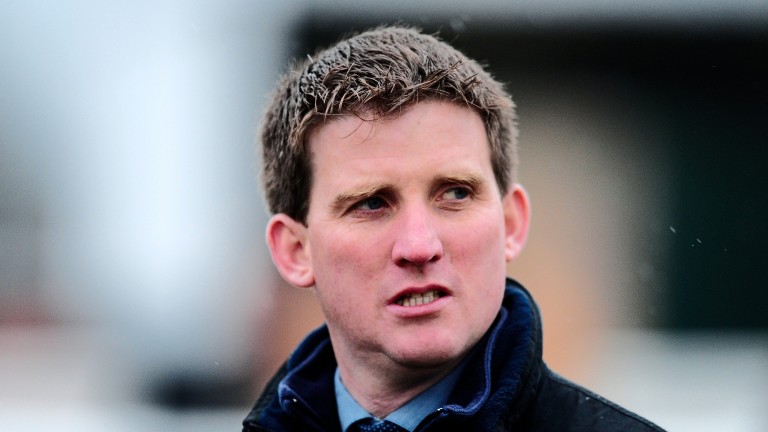 Neil Mulholland: "He's in good order and it's his first run in a handicap"
Harry Trump

Alan King, trainer of Bastien
It didn't quite happen for him over fences last season, so starting off over the smaller obstacles might help him regain his confidence.

Harry Fry, trainer of As I See It
He defied a big absence to win on his reappearance at Exeter. On the back of that we thought we'd have a go at a slightly more valuable prize. He's got to improve again but after such a long absence we hope there's improvement to be had. We hope he can be competitive.

Sam Thomas, trainer of Iwilldoit
I couldn't be happier with him. We're pitching him into a nice race, but we want to find out if he's progressed, rather than just go for an ordinary handicap hurdle. If he's not good enough, we can lower our sights, but he's done really well over the summer and looks great. He's done plenty of work and he came into his own last season after being a bit of a slow-burner. I'm not saying he's a superstar, but he's progressive and if there's any more in him he could be quite a nice horse. I'm really excited about running him and any rain would help.

FIRST PUBLISHED 6:50PM, NOV 28 2019
I'm not saying he's a superstar, but he's progressive and if there's any more in him he could be quite a nice horse. I'm really excited

Our top tipster fancies an upset in decent Newbury contest The Placepot: two bankers to help you pinch a part of the Newbury pot 'I'd dearly love to win it' - Bailey gunning for glory in memory of old friend