Betting angles and trainer quotes to crack the November Handicap 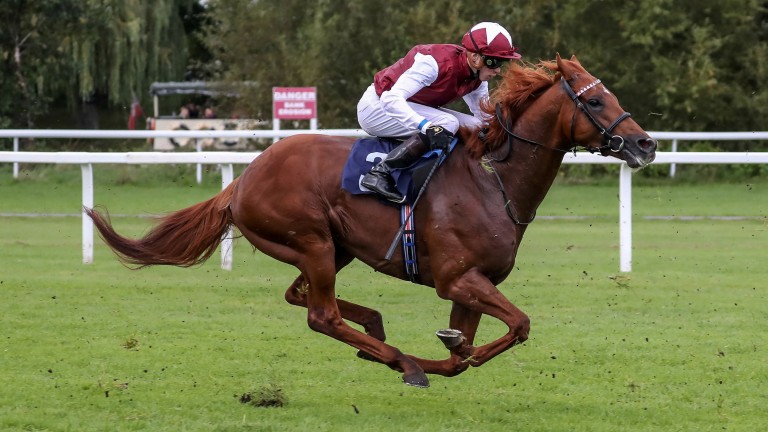 Gosden the trainer to note

John Gosden seeks a record sixth success in this Flat season finale with Royal Line poised to go off favourite for the second year in a row.

Entrusted with the famous maroon and white silks Sheikh Mohammed passed down to his daughter Sheikha Al Jalila, Royal Line has had a stop-start career and makes his first appearance since winning the Great Metropolitan Handicap at Epsom in April.

The son of Dubawi, who will be ridden by Robert Havlin for the first time, is drawn highest of all as he aims to improve on his seventh-place finish 12 months ago.

Havlin, who partnered Gosden's last winner of the race when Zuider Zee scored in 2011, said: "He would appreciate any rain as he likes plenty of cut in the ground. He's not got a very good draw so hopefully they'll go a good pace and I'll ride for luck."

The ground at Doncaster was described as good on Friday but it is expected to ease with 6-8mm of rain forecast overnight.

Saunter won last year's race for Ian Williams and Jim Crowley in the colours of Michael Watt and those connections are back again with Reshoun, who is one of three runners for the trainer along with Restorer and Baydar.

"All three of mine have respectable chances and it has been our intention to run Reshoun here for some time," said Williams.

Just one three-year-old has been successful in the last ten runnings and My Lord And Master, who was beaten a neck in a York handicap last month, is the sole contender from that age group.

Hugo Palmer, trainer of To Be Wild
The form of his Newbury run last year is very strong and he's done everything right. He's got a nice draw and I just want it to rain. Any horse who has been off the track for as long as he has will sharpen up for the run, but he's in great shape.

John Gosden, trainer of Royal Line
He's in good form and should appreciate the ground.

Ian Williams, trainer of Restorer, Reshoun and Baydar
Restorer saw the trip out well when winning at Leicester last month in a race that should work out well. He wasn't harshly penalised by the handicapper, although I'm not sure whether slow ground will really suit him. Reshoun comes into the race having won well last time at Haydock over slightly further. He's been effective over this trip before and is in good form. Baydar ran his best race since joining us on his last start at York, where he didn't stay the trip. The mile and a half might be a little on the short side for him, but he's certainly well handicapped on his best form.

William Haggas, trainer of My Lord And Master
He was sluggish at Newbury but ran much better at York last time. That was a very good run and stepping up in trip should be fine. The forecast rain should suit him.

Clive Cox, trainer of Now Children
With the forecast rain he'll be at home in the conditions. He won well on soft ground at Goodwood last time and that type of surface brings out the best in him. The way he's progressed this season has pleased us and he's in great nick.

Paul Nicholls, trainer of Birds Of Prey
We've been looking at the race for a while and he's been running consistently well on the Flat, including at Haydock last time. The ground hasn't really been soft enough for him to go jumping and it looks a nice race to aim him at. Overnight rain would help his chances and he goes there a fresher horse than most.

John Best, trainer of Eddystone Rock
He ran really well last week in the Irish equivalent, finishing fifth from an almost impossible draw. It was a decent effort as he was the only one to come from the back of the field to get involved in the finish.

Marcus Tregoning, trainer of Seafarer
He's trying blinkers for the first time; at Goodwood he seemed in need of a bit of help so we've put them on. If he settles all right he'll run a much better race. He's off a handy mark, but I don't want a huge amount of rain.

FIRST PUBLISHED 6:00PM, NOV 9 2018
He would appreciate any rain as he likes plenty of cut in the ground