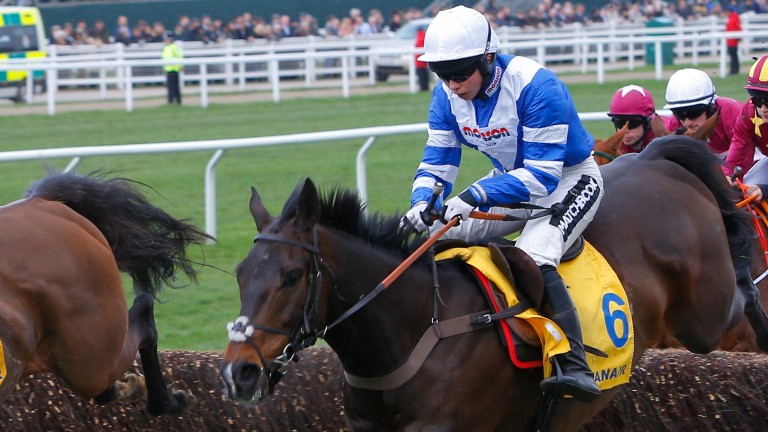 Punters who exclusively backed female jump jockeys would have fared better in four of the last five years than those supporting only male riders.

That is the conclusion of Racing Post data, which supports the result of a study conducted by the University of Liverpool which suggests female jump jockeys are underestimated by punters.

In terms of return on investment, Racing Post figures show that over the last five jump seasons female riders outperformed male jockeys in all but the 2016/17 campaign.

A University of Liverpool statistical analysis of over 1.6 million rides covering an 18-year period indicated that a jumps horse ridden by a female jockey at odds of 9-1 has the same chance of winning as a male-ridden horse at 8-1.

The findings are particularly noteworthy in the context of the 2019 Cheltenham Festival, when 14.3 per cent of wins came from female riders – two for Rachael Blackmore and one apiece for Bryony Frost and Lizzie Kelly – despite receiving only 9.2 per cent of the total number of rides available.

Vanessa Cashmore, author of the University of Liverpool research, said: "This analysis seems to suggest there is a significant difference between the material performance of female jump jockeys and the public perception of their capability.

"The betting public consistently underestimate these jockeys. This could be an indicator of negative public opinion about the ability of female riders, but also ensures there is value to be found in backing horses ridden by female jockeys in jump races.

"I hope this research can move us another step closer to altering attitudes towards female jockeys and more importantly, driving behavioural change."

Analysis found that when riding a horse who starts at even money, for example, a female jockey can be expected to win the race 52 per cent of the time.

Rose Grissell, British Racing's head of diversity and inclusion, said: "It is interesting to understand how the betting public may perceive female jump jockeys.

"The progression of female jockeys in both codes has been agreed as a key priority for the Diversity in Racing Steering Group and that includes exploring how we can change both conscious and unconscious attitudes.

"We already know from Vanessa's previous research in this area published last year that female jockeys are just as capable as their male counterparts.

"We want to look at every stage of a female jockey's career to see where barriers can be removed or better support can be implemented. Whilst the number of rides going to females is increasing, we still have a long way to go.

"As an example, an audit of female jockey facilities at each racecourse is currently being carried out by female jockeys themselves, so we hope to learn where improvements can be made on the racecourse."

Tallulah Lewis, Women in Racing chair, said: "Riding a racehorse requires a high level of skill and strength which are abilities that can be developed by both sexes, with opportunity being the crucial final component.

"Vanessa's research makes clear that if women have the same opportunities as their male counterparts, they can compete very successfully as jockeys, just as they can in any other sphere in racing."

This project has been supported by Women in Racing's bursary fund and the Racing Foundation.

FIRST PUBLISHED 1:24PM, JUN 27 2019
There is a significant difference between the material performance of female jump jockeys and the public perception of their capability

New measures can ensure they are all well looked after Decision made: superstar mare Honeysuckle set to stay over hurdles this season Game on! Bryony Frost jocked up to ride in five-furlong dash for jump jockeys Group 1 programme not suiting fast-ground horses Baltinglass shows Blackmore at her brilliant best on bittersweet day Rachael Blackmore undergoes surgery but in 'good spirits' after Killarney fall