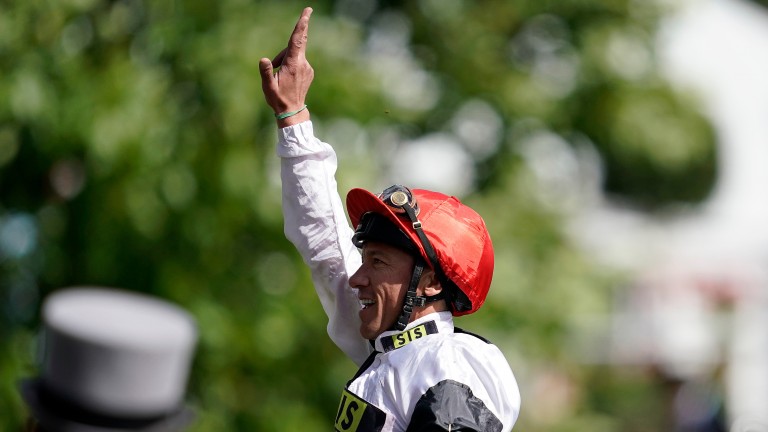 Some punters hoping to back Frankie Dettori's Royal Ascot mounts in multiples with bet365 were left frustrated on Friday when they were unable to place accumulators.

The 48-year-old sent shockwaves through the betting industry on Thursday when riding a 449-1 four-timer, and had five rides booked for Friday.

Bet365 not letting you bet the Frankie 5-fold today? Getting an error message on the bet slip. pic.twitter.com/s3DP25cmFq

However, some punters attempting to combine the rider's mounts in combinations with bet365 reported they were only able to place singles, doubles or trebles.

The Racing Post attempted to place four or five-horse accumulators on Dettori's rides with three different accounts but was unable to do so.

Thursday's four-timer, sealed with victory on Stradivarius in the Gold Cup, was costly for bookmakers but it would have been a lot worse had either of his mounts in the last two races won.

Turgenev, who was Dettori's fifth mount of the day, looked like winning the Britannia Stakes – he traded at 1.36 in running – but was overhauled late on in a huge result for the betting industry.

A spokesperson for bet365 could not be contacted by the Racing Post on Friday.

FIRST PUBLISHED 6:59PM, JUN 21 2019
The 48-year-old sent shockwaves through the betting industry on Thursday when riding a 449-1 four-timer

'Naughty boy' Hamish the perfect tonic for Maureen Haggas after broken neck Gosden and Dettori pay tribute to the 'most extraordinary' Stradivarius Superstar stayer: three greatest hits from Stradivarius 'Tough' Torquator Tasso giving all the right signs in lead-up to Arc defence 'It's competitive - but I'm not sure what it does for customers and punters' Injured Shoemark eyes Champions Day comeback before 'dream' Breeders' Cup bid