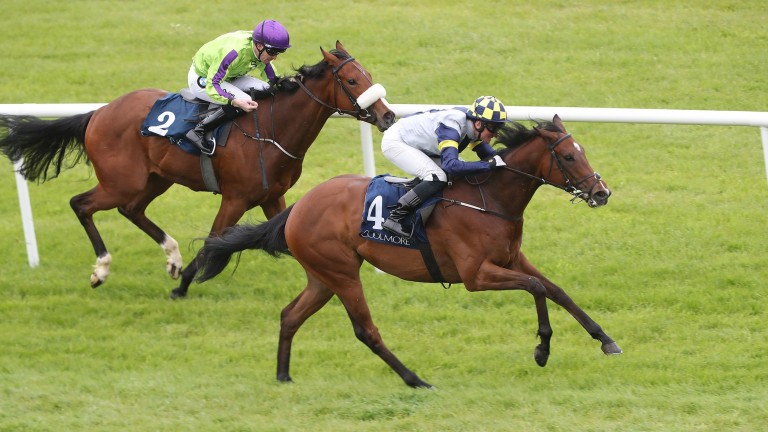 Bookmakers will be hoping for more 33-1 stunners like Accidental Agent for day two of Royal Ascot, but punters are back for more, and here are three horses who have proved popular with Paddy Power this morning.

The Queen Mary kicks off day two, and Jessica Harrington's runner has attracted support. Winner of a Listed race at Naas last time out, the filly was available at 14-1 with Paddy Power yesterday, but she has been trimmed with the majority of firms and is now as short as 8-1 with the same bookmaker.

Popular across the board, this filly was a winner on her stable debut for William Haggas over course and distance. That victory was achieved in a handicap, but she is fancied to improve again in the Group 2 Duke of Cambridge Stakes.

Godolphin's silks have already been sighted in the winner's enclosure following Blue Point's King's Stand success, and the betting suggests the team have another live chance in the ultra-competitive Hunt Cup. The four-year-old has yet to run on ground this quick, but has been backed into joint-favouritism with Seniority. Paddy Power spokesman Paul Binfield said: "Saltonstall was backed at big prices ante-post and again this morning, so he, and Cracksman, would be our two worst results at this early stage on the second day."