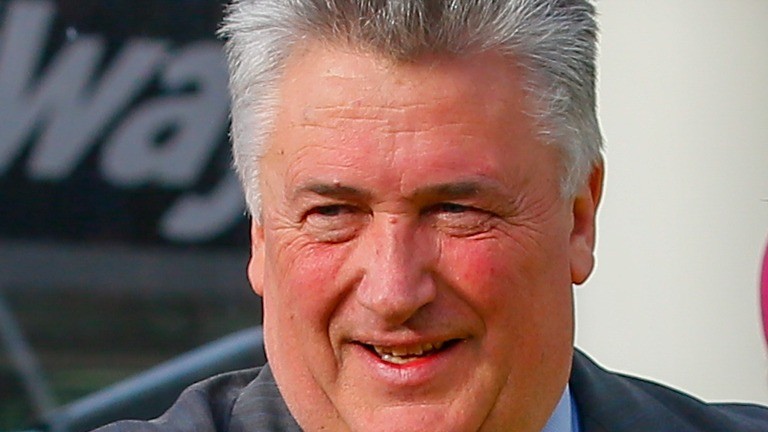 The morning money has come for the Paul Nicholls-trained My Way in the Badger Beers Silver Trophy (3.35), one of three fancied runners in the race for the 11-time champion trainer.

Available at 9-1 when markets opened yesterday, the six-year-old has been backed into a general 13-2 to give Nicholls his fourth consecutive win the race and an eleventh in total.

My Way took 18 starts to break his maiden with success over hurdles at Stratford last month and is near the foot of the weights with the benefits from Bryan Carver's 5lb claim.

The move means Nicholls now has two of the top three in the market for the £48,000 contest, with Danny Whizzbang holding favouritism at 4-1, while two-time Badger Beers winner Present Man continues to drift and is now a 15-2 chance.

A dry night has preserved the sound surface at Wincanton and good-ground lover Sceau Royal remains a solid 5-6 favourite for the Grade 2 Elite Hurdle (3.00).

At Aintree, Ch'Tibello has been well supported this morning in the williamhill.com Best Odds Guaranteed Hurdle (2.40) and is now the joint-market leader with Summerville Boy at a best-priced 5-2 for the 2m4f contest.

The ground at Doncaster is soft ahead of an eight-race card headlined by the Betfair November Handicap (3.15), in which Kingbrook has been strongly supported into favouritism.

The three-year-old was available at 11-2 in the morning, but is now generally as short as 4-1 to back up his win in a competitive Newmarket handicap last month to give trainer Ian Williams a second victory in the race.