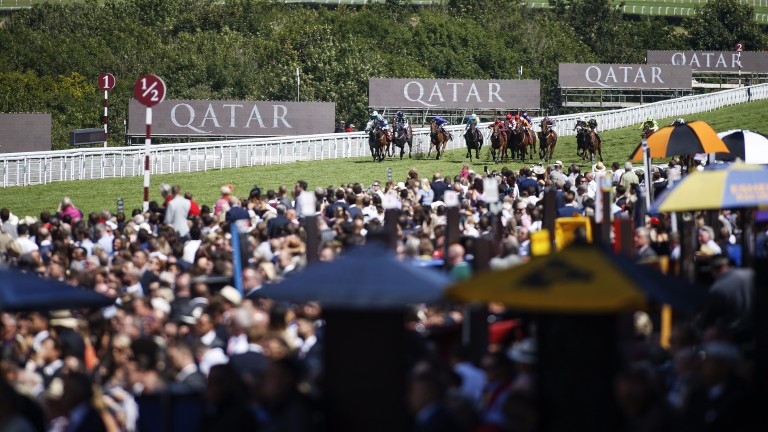 Goodwood: another Saturday sell-out as punters fought back from disastrous start to week
Alan Crowhurst
1 of 1
By Bruce Jackson UPDATED 11:06AM, AUG 7 2017

It was a Winter of discontent for bookmakers at the Qatar Goodwood Festival as Aidan O'Brien's star filly brought an abrupt end to the layers' summer success of the first two days.

Three days later the result of the battle of the betting ring over the meeting's five days was a close call, with Paddy Power claiming a win on points while Corals settled for a score draw.

Five winning favourites on Thursday, headlined by 10-11 Nassau heroine Winter, started to redress the balance before Ryan Moore had them quaking with Master The World's win in the Betfred Mile the highlight of an ITV broadcast hat-trick on Friday to level scores.

“The tide turned in favour of punters on Thursday with the appropriately named Winter being a bad result, especially as we took her on.

"Friday wasn’t much better with Ryan Moore producing a quickfire treble, including the very well-backed Master The World.

"Despite Frankie riding the winner, the Stewards’ Cup went the way of the layers and we were just ahead at the end of the week.”

Coral spokesman Dave Stevens said: "It was a rollercoaster ride this week with the results on the opening two days very much in our favour before punters hit back on Thursday and Friday.

"That theme continued on the final day with both sides having something to cheer and, at the end of the five days, the final result was a score draw," added Stevens.

The miserable mid-meeting weather might have been expected to dampen figures, but while Wednesday and Thursday numbers were down the five days nearly matched last year's with Friday almost cancelling out Thursday's shortfall.

Wednesday's feature Sussex Stakes, run in a deluge, drew a crowd of 16,582, down just 428, but Thursday, headed by the Nassau and superstar Winter, attracted an audience 1,309 lower than a year ago.

Reflecting on the figures, Goodwood general manager Adam Waterworth said: "We had some pretty determined racegoers on Wednesday but the week has finished on an absolute high and at least no one drowned on Wednesday!"

FIRST PUBLISHED 6:29PM, AUG 6 2017
We had some pretty determined racegoers on Wednesday but the week has finished on an absolute high and at least no one drowned on Wednesday!