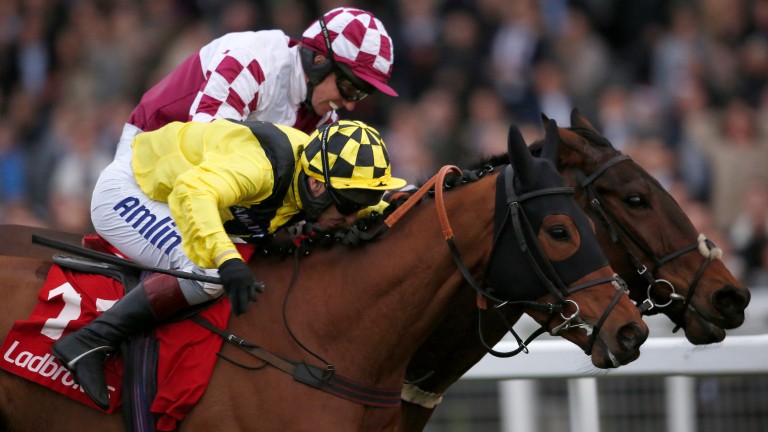 Jolly's Cracked It, who last year memorably dead-heated with Sternrubin in the Wessex Youth Trust Handicap Hurdle at Ascot – run then as the Ladbroke – has been backed into a general 6-1 for Saturday's edition, having been available at twice the price on Monday morning.

He has not been seen since, but what John Hill from Coral reported as "a flurry of bets" for the Harry Fry-trained runner has shortened him into clear favouritism ahead of the Nicky Henderson-trained Consul De Thaix at 7-1.

Ascot's Long Walk meeting is often run on ground not as testing as the time of year would normally imply and a mild forecast for the week means conditions are likely to be less than gruelling once again for this year's fixture.

Speaking on Tuesday afternoon, clerk of the course Chris Stickels said: "I changed it to good to soft this morning after 3mm fell overnight, but we've had only light drizzle today."

Stickels added: "The forecast remains mild, with a few showers. There's a chance of good to soft, soft in places, but of course it depends on how much rain we actually get."

Yorkhill, a triple Grade 1 winner as a novice hurdler last season, is on course to make his eagerly awaited debut over fences in a beginners' chase at Fairyhouse on Saturday.

His trainer Willie Mullins said yesterday: "The plan is to run him once we're happy with him later in the week."

FIRST PUBLISHED 4:55PM, DEC 13 2016
I changed it to good to soft this morning after 3mm fell overnight, but we've had only light drizzle today