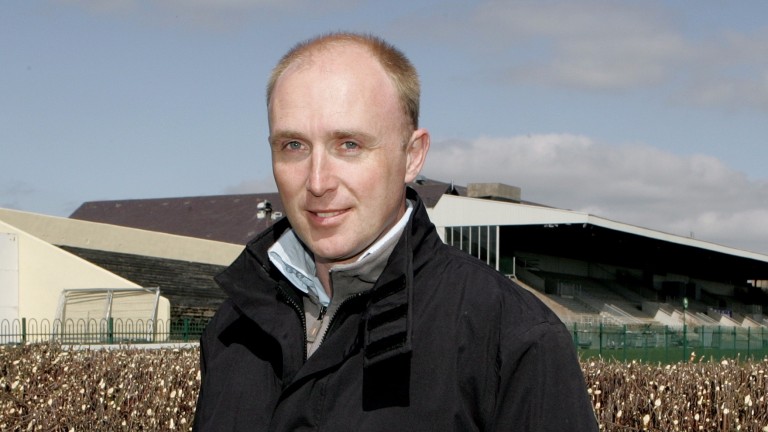 Richie Galway: "Punchestown was always well supported by many of the top Flat trainers down through the years and we would like to see that return"
Racing Post
1 of 1
By Brian Sheerin 10:03AM, JUL 25 2017

It may be more than a decade since Flat racing was staged at Punchestown, but racecourse manager Richie Galway has expressed a desire to see it return to the County Kildare track - and John Oxx for one has endorsed the idea.

The original suggestion was made by Kevin Prendergast in the Racing Post last week, when he said: "We have one of the best tracks in the country at Punchestown, but instead of racing there we're too busy organising rock concerts."

Punchestown’s racing programme begins in mid-October and ends with the five-day festival in the spring, but Galway admits he would like to see racing over either code during the summer.

He said: "As far as we're concerned we're running a business and, of course, we'd welcome racing during the summer. We're taking care of the track all-year round and would be fit to race any day of the year if given the opportunity.

"Punchestown was always well supported by many of the top Flat trainers down the years and we'd like to see that return."

John Oxx enjoyed success at Punchestown when the track previously held Flat racing and said: "Punchestown first held Flat fixtures in the early 1970s and I can remember the November Handicap being run there when Leopardstown was being redeveloped.

"Punchestown is a good galloping track and I think you'll find that the majority of Flat trainers would like to race their horses on galloping tracks that can cater for good-sized fields.

"All things being equal I'd be very supportive of the idea of running my horses there as it's a good track, and the racecourse is exceptionally well-run."

Aidan O'Brien is another trainer who supported Punchestown during its Flat days, winning a two-year-old maiden there in 2002 with subsequent multiple Group 1 winner Powerscourt.

Perhaps most famous of all, High Chaparral was beaten on debut at Punchestown in 2001 for O'Brien before going on to carve his name in racing folklore with Derby wins at Epsom and the Curragh beforeback-to-back victories in the Breeders' Cup Turf.

FIRST PUBLISHED 10:03AM, JUL 25 2017
All things being equal, I would be very supportive of the idea of running my horses there