City racing trials get stamp of approval from jockeys and trainers 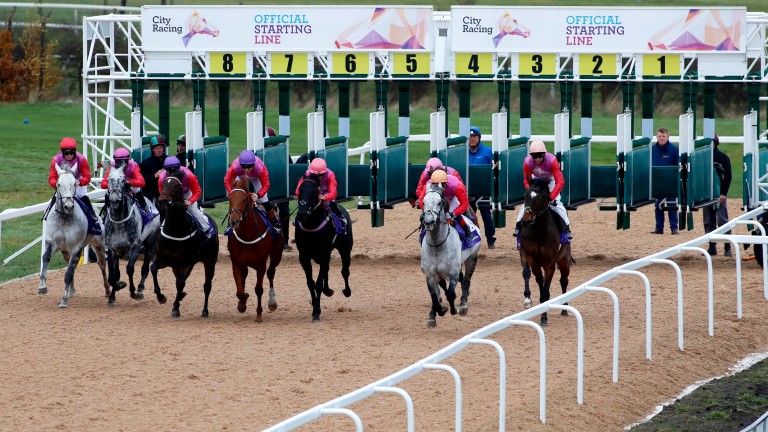 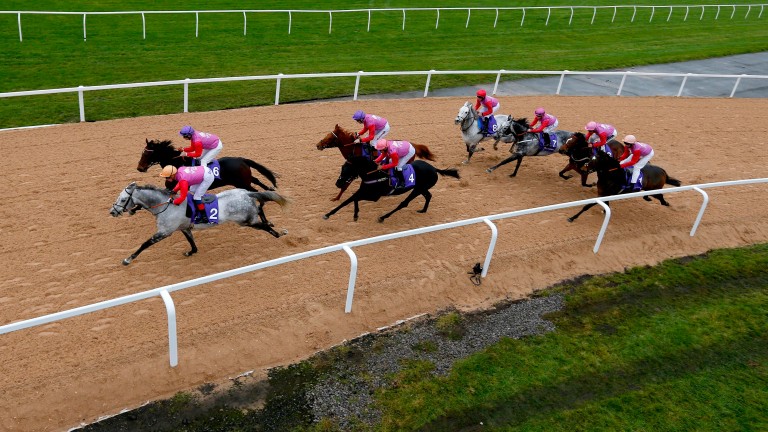 The runners break from the stalls in the City Racing demonstration
Dan Abraham
1 of 2
By David Carr UPDATED 12:11PM, NOV 29 2018

City centre racing moved a step closer to reality on Wednesday morning with a successful public trial at Aintree that got a thumbs-up from jockeys and trainers.

The project has been likened by its backers to 'cricket's Twenty20' for its possible effect on the sport's profile, and it is hoped the first meetings will take place next year.

That will involve laying a temporary artificial surface – a three-furlong track was trialled at the Liverpool venue alongside the first five fences of the Grand National course.

Three demonstration races were staged on Equaflow, which was used for equine events in Greenwich at the 2012 Olympics, each involving eight horses racing at half-speed.

Jockey Dougie Costello said: "It's only been laid two days but it feels as though it's been there a long time, so it beds in really quickly."

Jason Watson added: "It walks a bit slower than it rides but it rides really well, it's similar to Newcastle and possibly even better."

The hope is that two races in city centres will take place next year, with the venues to be announced in January, and City Racing chief executive Peter Phillips said: "This has been a good number of years in development, a lot of hard work has gone on behind the scenes.

Jockey Club behind the wheel of city-centre racing drive

"This is by no means the finished product. We’ll learn a lot from this and today is primarily about reassurance, to show we can race eight horses comfortably.

"You're always going to get a certain amount of questioning about a new concept and it's up to us to talk to all the constituents and get rid of any potential misconceptions.

"We're taking racing out of its comfort zone and we have to reassure owners, trainers and jockeys that we're doing it properly."

City Racing is part-owned by the Jockey Club, whose chief executive Paul Fisher enthused: "I got the concept straight away and it could take racing to a whole new audience, and that’s my job.

"I’m a keen cricket fan and this could be racing’s Twenty20. It could take it to a whole new audience around the world.

"I think it will really appeal to millennials – a younger, urban audience for whom racing doesn't normally figure in their leisure time."

The ultimate aim is to stage a series of six-race meetings in cities around the world, each contest an eight-runner 0-90 handicap involving a band of top jockeys.

That might be thought to involve disruption to local roads and traffic, as happens for Formula 1 races on street circuits, but Phillips stressed: "We're looking broadly at a 72-hour turnaround for getting the surface in, conditioning it, racing and then getting it all out again.

"Maximal impact, minimal disruption is a model we've worked very hard at. To get the cities to buy into this we can't have a motor racing level of disruption to the city, they wouldn't accept it."

Safety, with horses and spectators in close proximity, could also be an issue but Phillips said: "People will be able to get very close but we'll have a pedestrian crowd barrier, two or three metres back from the edge of the track."

Horses will be screened by a veterinary panel before racing and Phillips said: "Horses are our number one priority, we have to do everything in our power to mitigate any possible welfare issues.

"We need the industry to come with us, if we try and trail blaze our way in front without the industry coming with us it's simply not going to work."