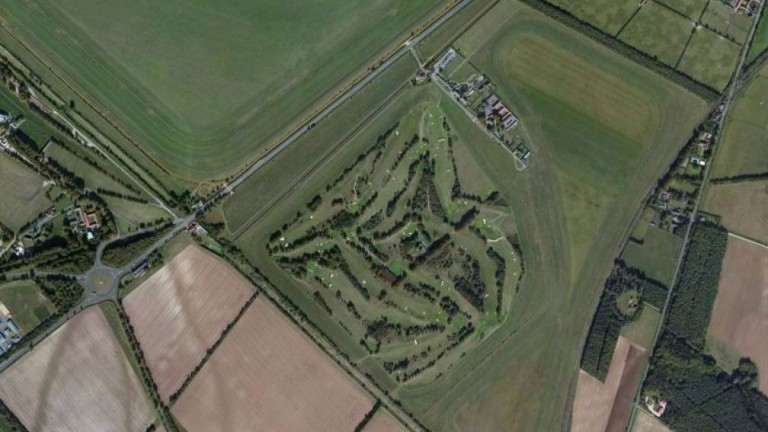 The possibility of Newmarket having a new floodlit all-weather racecourse on its doorstep was given the thumbs-up by local trainers and described as a "no-brainer" by Mark Tompkins, chairman of the town's trainers' federation.

The proposed 200-acre site is at an area known as the Links which, coincidentally, was itself a jumps racecourse until its closure more than 100 years ago. That track is now used as schooling grounds for jumps horses and is also home to Newmarket Golf Club.

Although some of the jumps facilities would be lost, the new track would be constructed on a little-used expanse of Newmarket Heath to the east of the existing racecourse stables at Westfield House. There is also scope to build on part of the adjacent Jockey Club-owned Wyck Hall Stud.

Although much depends on what happens at Kempton, with any new track at least five years down the line, trainers have praised the foresight of Jockey Club Racecourses in getting the wheels in motion for a facility that was originally proposed for the neighbouring Rowley Mile 15 years ago.

Although those plans were thought unsuitable and many had issues with the prospect of floodlights being sited in the middle of the vast expanse of Racecourse Side, the latest proposals look more acceptable given the back of the Links is more secluded.

Tompkins said: "It's a great idea by Jockey Club Racecourses if they can pull it off – what's not to like. There is already stabling for horses at the site and there are nearly 3,000 horses in Newmarket, so it's a no-brainer as far as I can see. "

He added: "As one of our biggest costs is transport it would be a big help and it will also be a godsend for staff as it's only minutes up the road as opposed to flogging around the M25 to Kempton. The vision behind this is great as they are looking 20-plus years down the line."

His colleague Roger Varian was similarly upbeat. He said: "I didn't think having a track next to the Rowley Mile was feasible, but this looks more suitable. If we have to lose Kempton then this looks the right venue for the new course and it's not only convenient for Newmarket trainers – it's not a million miles from anyone."

Marco Botti would be sad to see the demise of Kempton, as he has enjoyed much success at the Sunbury venue, but is another who would welcome a new track in Newmarket. He said: "We have had plenty of success at Kempton but if it has to close we would be in favour of this new track. We have plenty of runners in the winter, so it would be a great asset."

Amy Starkey, boss of Newmarket Racecourses, would not be drawn on the cost of the scheme if it came to fruition, but said: "Jockey Club Racecourses would be making a significant investment in order to create a leading all-weather facility. A lot needs to fall into place to make it happen but it would be an intimate venue where racegoers could get close to the action.

"This course would further strengthen Newmarket's reputation as the home of horseracing."

FIRST PUBLISHED 6:44PM, JAN 10 2017
The vision behind this is great as they are looking 20-plus years down the line

O'Brien: no concerns over Arizona's stamina ahead of third clash with Pinatubo Pinatubo steps up Guineas prep at Chelmsford as Palace Pier is ruled out Fabre happy to make Classic trip to Newmarket with exciting Alson Racing set to resume on June 1 with all-weather fixture at Newcastle