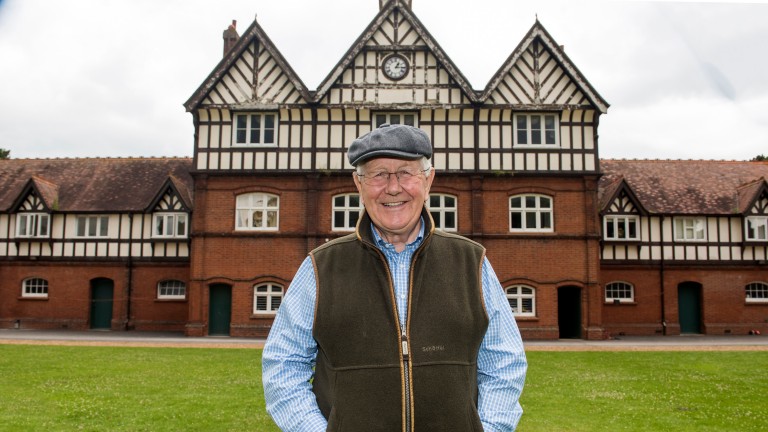 Qipco 2,000 Guineas favourite Too Darn Hot was on Monday installed a red-hot 1-3 favourite to make a successful return in Saturday's Watership Down Stud Greenham Stakes – but his reputation was not enough to see the race reopened as 13 others were also entered.

All of his possible rivals have won, with No Nonsense bidding for a hat-trick after two wins at Kempton over the winter, and connections have reported him to have thrived since.

The David Elsworth-trained colt won a fast-track qualifier for All-Weather Finals day in January but looks primed to sidestep Lingfield on Good Friday – for which he is as short as 5-1 for the 3YO event.

David Bowe, racing manager to owner Jeff Smith, said on Monday: "At this moment in time he's definitely going for the Greenham and likely not to All-Weather Finals day.

"He's come on leaps and bounds since Kempton in January, he looks to be turning into a proper horse and has been working accordingly at home. We're very happy with him and he looks to have grown up an awful lot."

No Nonsense, a general 16-1 shot for Newbury's Group 3 Classic trial, will have to prove his effectiveness on turf with all three of his starts having come on the all-weather.

Bowe added: "Obviously it's a very competitive race and a serious field; we're very much throwing our hat into the ring at this point. We do like him an awful lot and so this is the track we're choosing to take.

"We may very well have to change direction but we feel we're in very good shape."

The Marcus Tregoning-trained Mohaather is another set to take on Too Darn Hot, the colt having also won two of this three starts, the latest over course and distance in the Horris Hill last October.

That success was the trainer's first Group win since Hawaafez's victory in the Group 3 Cumberland Lodge in October 2012, and Tregoning said: "We’ve had a really good run and he’s been working well. We think he's a nice horse and we intend to find out how good he is.

"I see the Greenham as a trial. He'll go there well prepared and in very good form. If he wins the Greenham well, and Too Darn Hot is not so darn hot, it will be Sheikh Hamdan’s decision as to whether to go for the 2,000 Guineas."

FIRST PUBLISHED 6:41PM, APR 8 2019
Obviously it's a very competitive race and a serious field; we're very much throwing our hat into the ring at this point. We do like him an awful lot