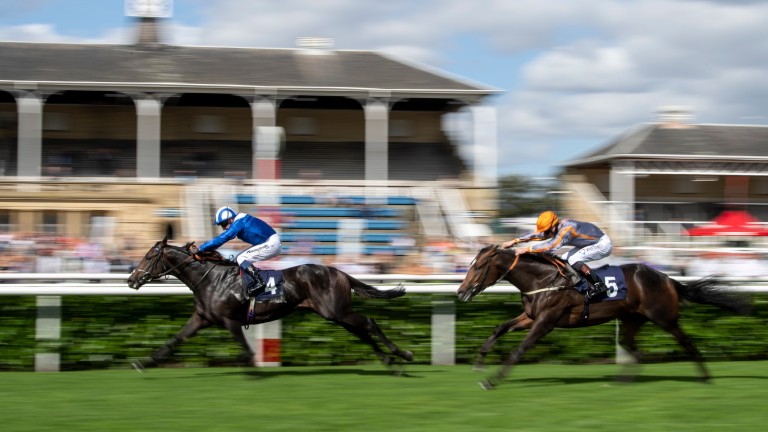 Khaadem, the promising Charlie Hills-trained sprinter who had been a general 14-1 shot for the Juddmonte Middle Park Stakes at Newmarket on Saturday, will not run after a minor setback.

Owned by Hamdan Al Maktoum, Khaadem made his debut behind Coventry Stakes winner Calyx at Newmarket in June before returning to the track and winning last month.

He followed that up by striking in fine style in a conditions race at Doncaster's St Leger meeting and was being aimed at Saturday's Group 1.

However, he will be absent and will be put away for next year.

"Unfortunately he's not going to make it on Saturday," the Lambourn-based Hills said on Tuesday.

"It's a shame and he won't run again this year, but there's definitely a lot to look forward to next year.

"He got cast in his box and it looks like he's pulled a muscle, but it's nothing major and has just come at the wrong time. He's a nice horse and will be for next year, but we just need to make sure he's okay."

Hills holds the son of Dark Angel, who had worked well on Saturday morning, in high regard and had previously talked of him being a potential Commonwealth Cup horse for 2019.