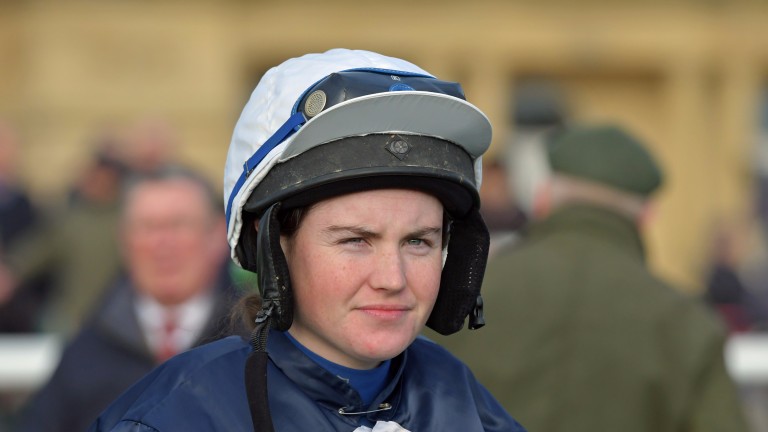 Leading amateur rider Tabitha Worsley will miss the rest of the jumps season after a crashing fall at Ludlow on Thursday left her with a broken T12 vertebra in her lower back.

The 22-year-old was in contention at the last on the Robin Dickin-trained The Lion Man in a 2m5f handicap hurdle until clipping the top bar of the last and coming to grief.

Worsley was rushed to Hereford District Hospital, where an MRI scan revealed her injuries, which she hopes will be operated on this weekend. Worsley will also miss the upcoming point-to-point season in which she had four booked rides at Bishops Court in Devon on Sunday.

The amateur rode 14 winners in that at sphere in 2016-17 and finished third in the ladies' championship.

Speaking from hospital, she said: “I’m waiting to have surgery on my T12 and hopefully I’ll be allowed out sometime next week. Unfortunately, it will be at least six months before I’m allowed on a horse again which means I’ll miss the jumps and pointing seasons but hopefully I’ll be back even stronger next year.”

Worsley had been enjoying a good run before her setback. She added: “I’d ridden a winner at Huntingdon only a few days before Ludlow where my horse may well have finished third had he not clipped the top bar and come down.”

FIRST PUBLISHED 11:19AM, NOV 18 2017
Unfortunately, it will be at least six months before I’m allowed on a horse again which means I’ll miss the jumps and pointing seasons